Despite some alarmist messaging about the royal commission triggering a housing bust, Kenneth Hayne’s final report into the finance sector did not recommend the banks further tighten lending standards, and it is unlikely that it will further affect the property market or force an unnecessary credit squeeze.

In his lengthy report, Commissioner Hayne acknowledged the steps taken by the banks to strengthen their home lending practices and to reduce their reliance on the household expenditure measure (HEM).

“I consider that the steps that I have referred to – steps taken by banks to strengthen their home lending practices and to reduce their reliance on the HEM – are being taken with a view to improving compliance with the responsible lending provisions of the National Consumer Credit Protection Act,” Hayne wrote.

“If this results in a ‘tightening’ of credit, it is the consequence of complying with the law as it has stood since the [Consumer Protection] Act came into operation.”

In the lead up to the report’s release, Treasurer Josh Frydenberg had called access to finance “the lifeblood of the economy”.

Hayne echoed recent comments by Westpac chief executive Brian Hartzer that the royal commission had not made banks scared to lend.

“I think it’s time everyone takes a deep breath and looks at the facts,” Hartzer said.

“While there are certainly powerful dynamics at play, and ongoing challenges in certain local markets, my view is the property market remains fundamentally sound and, overall, the adjustments are nothing to be alarmed about.”

Hayne refers to the Treasury’s submission in the interim report that “there is little evidence to suggest that the recent tightening in credit standards, including through APRA’s prudential measures or the actions taken by ASIC, as materially affecting the overall availability of credit”.

“The property market has the capacity to absorb some adjustment in the application of lending standards necessary to meet the requirements of existing [responsible lending obligations] without imposing unwarranted risks to macroeconomic outcomes.”

No heads on stakes, but bank execs to blame

The 951-page final report has laid the blame for the misconduct squarely on senior banking executives.

“There can be no doubt that the primary responsibility for misconduct in the financial services industry lies with the entities concerned and those who managed and controlled those entities, their boards and senior management,” the report said.

“Nothing said in this report should be understood as diminishing that responsibility.”

We have heard evidence about billions of dollars ripped from customers, the outrageous deceptions of regulators and conscious decisions to put the interests of institutions ahead of their clients.

The report has referred several institutions to ASIC for possible criminal charges, but will anyone end up behind bars for it?

The royal commission is an inquiry, not an inquisition.

It can't press charges itself, nor "fix or award compensation", nor even "make orders requiring a party to a dispute to take or not take any action". Decoded, that means they weren't set up to fix existing problems, more to prevent those problems recurring.

But it can, and has made recommendations to the Office of the Commonwealth Director of Public Prosecutions. From there it's up to them.

The interim and final report covered the public hearings and detailed conduct that the institutions themselves have acknowledged. This was backed up with evidence from regulators, experts and customers. Much of that conduct was actionable, meaning it could be taken further as a breach of the law, even if the institutions have paid back the money they took from customers. 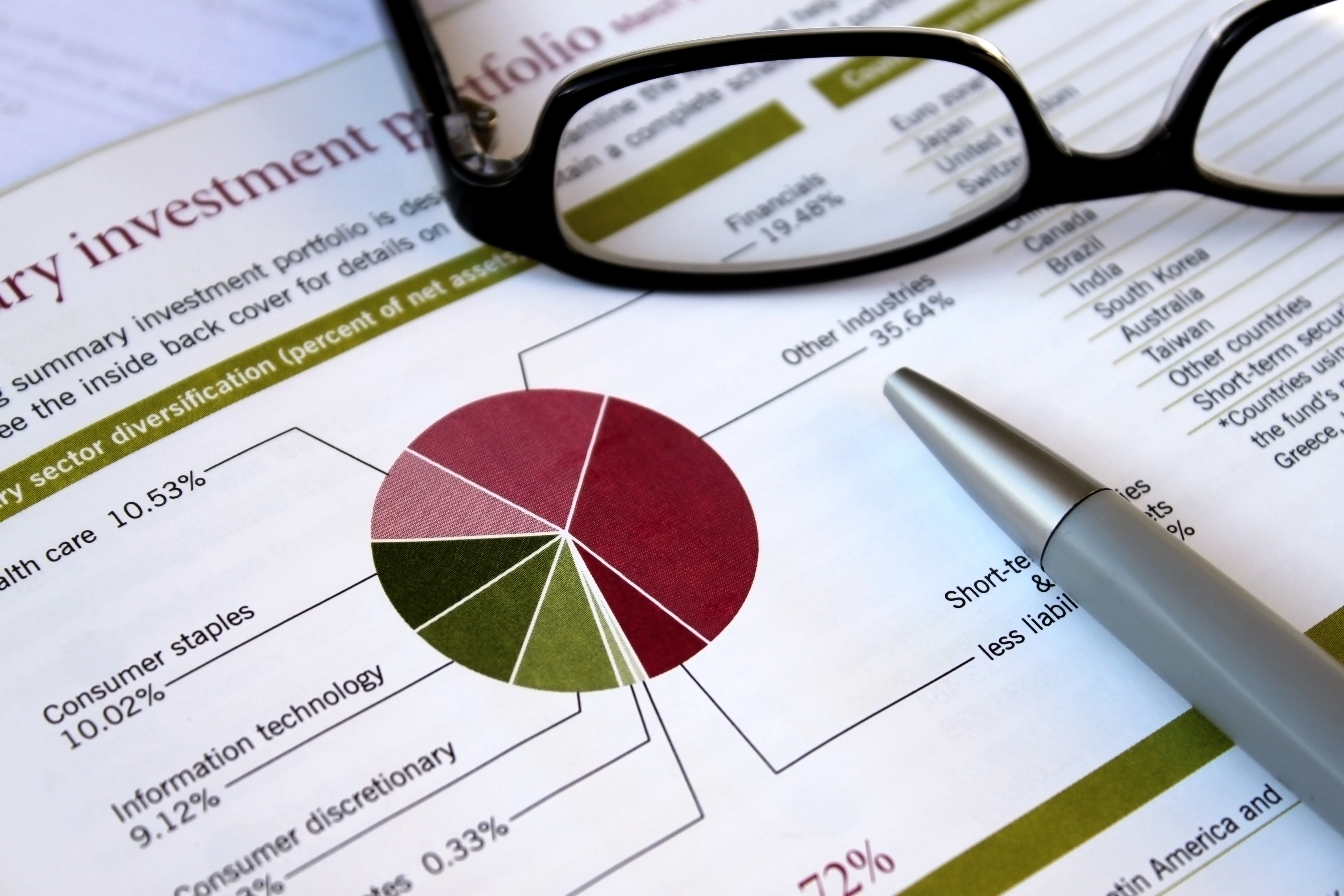 Supporting industries did not escape lightly. Mortgage brokers, insurance companies, financial advisers and super funds face a commission overhaul, with a series of recommendations being made.

Mortgage brokers help write half the home loans in Australia, acting as a go-between for lenders and customers, and their ‘best interests’ have been questioned, particularly as their pay varies depending on different loans from various lenders? The report calls for the relationships to be clarified, and recommends moving to a flat-fee model — with either the lender or the customer footing the bill.

Some bank executives raised concerns that a fee paid by the lender would ultimately be passed on to the borrower anyway, while a customer-pays model could make the broking channel less attractive and reduce competition.

Broking industry lobby group, the Mortgage and Finance Association of Australia, have slammed the idea as "anti-competitive and designed to drive consumers back into their branch network".

Consumer advocacy groups, including CHOICE and the Consumer Action Law Centre, have previously called for a 'best interest duty' to apply to brokers would give would-be borrowers more confidence that they are getting the best deal, without the risk the broker is getting kickbacks from particular lenders.

Referring to the financial planning sector, the royal commission highlighted the conflicts of interest and the culture of greed in the financial advice industry, which was responsible for one of the biggest scandals of the inquiry, "fees for no service", which is now costing more than $1 billion and counting in compensation.

Conflicted remuneration, including commissions paid to advisers, were banned under the Future of Financial Advice (FoFA) reforms that came into effect in 2013, however, grandfathering provisions meant some pre-FoFA arrangements that constitute conflicted remuneration have been allowed to remain in place. The commission looks likely to put an end to grandfathered commissions, with the interim report asking "how can the grandfathering provisions be justified today?"

The recommendation now is that financial advisers contact customers more frequently to ensure they still want to be paying for ongoing advice.

Those things don't work together. There are huge implications for this sector.

So who watches over the watchdogs?

There are three key regulators in Australia's financial system.

Discount the Australian Competition and Consumer Commission (ACCC), which is largely concerned with regulating and championing competition in the sector, and that leaves the corporate, markets and financial services regulator, the Australian Securities and Investments Commission (ASIC), and APRA, which supervises the stability of the financial system.

The evidence presented at the royal commission didn't have kind things to say about either.

On ASIC: "When banks have disclosed, or ASIC has otherwise learned of, misconduct, ASIC has almost always sought to negotiate what will be done in response … rarely has ASIC gone to court to have the defaulting party penalised."

APRA's job is to promote a stable and safe financial system, so it has to balance things like "financial safety and efficiency" with the need to keep the system ticking over.

As the report noted: "Understood in that light, APRA's lack of action in response to the widespread occurrence of the conduct described in this report may, perhaps, be more readily understood." But it still got a spanking for its inaction, particularly in relation to the big banks.

So who watches the watchdogs? The final report recommends a new regulatory body overseeing ASIC and APRA due to failure to appropriately oversee the financial industry.

All last year the commission exposed appalling behaviour and clear, repeated breaches of the law.

“The banking sector must change, and change forever,” Treasurer Josh Frydenberg said in his address.

His message to the financial sector is that the misconduct must end, and the interests of consumers must be put first.

“It's a scathing assessment of conduct driven by greed and behaviour that was in breach of existing law and fell well below community expectations. Out-of-control greed among banks and weak corporate cops are to blame for the nation’s financial scandals.

“In Commissioner Hayne's own words, ‘there can be no doubt that the primary responsibility for misconduct in the financial services industry lies with the entities concerned and their boards and their senior management’,” Frydenberg said.

The federal government has said it will adopt 75 of the 76 recommendations but has not immediately accepted the call for upfront fees paid by banks to mortgage brokers to be banned, arguing it would decrease competition.

Labor said it will implement all recommendations in full if elected.