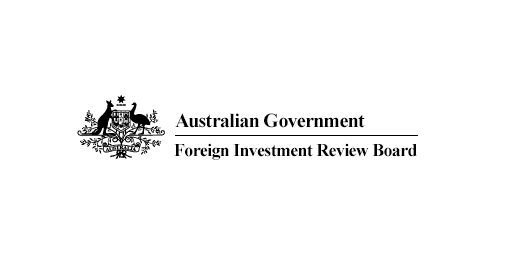 WILL THE VACANCY FEE FOR FOREIGN OWNERS HAVE AN IMPACT ON SHORT TERM MANAGEMENT RIGHTS?

Following a series of amendments in November 2017, foreign owners who have applied for FIRB approval after the 9th May 2017 may be liable for a “vacancy fee” where their residential properties are not occupied for at least half a year.

The vacancy fee was introduced by the Federal Government to address domestic housing affordability by encouraging foreign owners to put their properties on the rental market.

When does it apply?

Liability under the vacancy fee legislation will be imposed on a foreign person that has obtained FIRB approval on or after 9 May 2017, where the residential property is not residentially occupied for at least 183 days in a “vacancy year”.

Vacancy years will be different for each foreign owner as they are the 12 month period starting on the date the foreign owner has the right to occupy the dwelling (i.e. from settlement of their purchase).

How will it work?

Foreign owners who receive FIRB approval from 9 May 2017 will be required to lodge a vacancy fee tax return with the Commissioner of Taxation within 30 days of the end of each vacancy year.

Although the format of the proposed return has not yet been published and minimal guidance has been provided, ultimately the return should detail the dwellings use during the vacancy year. I would assume that the Australian Taxation Office would publish a copy of the vacancy fee return by May 2018.

If a foreign owner fails to lodge a vacancy fee return, the dwelling is deemed vacant and the owner is liable for approximately $52,500.00 in civil penalties.

A dwelling will be considered to be genuinely available for occupation as a residence (with a term of 30 days or more) if the dwelling is:

The Explanatory Memorandum to the Bill provides an example of an apartment placed on Airbnb rented for generally less than one week at a time. In that example the apartment was not considered to be genuinely available for occupation as the owner used a web-based short-term stay site and only made the property available for periods of less than 30 days in order to maintain flexibility should the owner wish to use the property during the year.

On one reading, so long as there is no advertised maximum term (or the maximum term is at least 30 days) short-term letting is not caught by the legislation. This appears to also cover the purpose of the legislation, as expressed in the Explanatory Memorandum.

An alternative reading is that all terms less than 30 days will be caught, so that even if a guest wished to stay for a longer time, if any guests stay less than 30 days, the legislation will apply.

There are also further considerations, including in particular town planning and residential tenancy issues with longer term leases.

This is by no means a simple issue, and it is hugely regrettable that the Government has not thought to consult the management rights industry with this knee jerk legislation. Perhaps the ATO’s interpretation of the legislation will be fair and reasonable ... but I’m happy to discuss odds with anyone who cares to have a wager on that!

Liability limited by a scheme approved under Professional Standards Legislation

Disclaimer – This article is provided for information purposes only and should not be regarded as legal advice.