Rated the World’s Most Liveable City since 2011, Melbourne has a high standard of style and living not only for its residents, but also for the 5.5 million domestic visitors and almost two million international visitors the city welcomes each year.

Highly renowned for its art, music, food, and café culture, the city is famed for its stylised graffiti painted laneways, forward-thinking food trends, celebrity restaurants, and old Australian landmarks such as Flinders Street Station and Federation Square. Widely believed to be Australia’s most on-trend capital, guests travel for unique experiences, boutique laneway shopping, an active international sporting scene, and an impressive offering of over 900 hotels, ranging from budget to luxury. As a popular backpacking scene for young international visitors, the city also has a considerable offering of backpackers’ lodges.

While Melbourne weather is notoriously unpredictable in all seasons, visitors flock to the state’s capital throughout the year for ranging lengths of time, with 63 percent of international visitors staying between one and seven nights, and 76 percent of domestic visitors choosing to stay only one to three nights.

Home to 1.2 million international residents, including 175,000 international students, Melbourne has developed a varied international food offering, and is also home to the oldest China Town in the southern hemisphere.

The city is easily accessible by adjoining states via major Australian freeways, and can also be accessed by domestic and international visitors via Melbourne Tullamarine Airport, making it easy for guests to visit one of Australia’s most unique and well-loved cities. 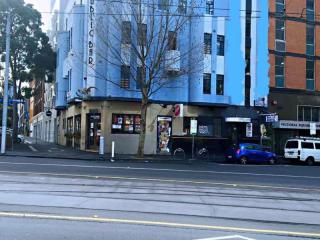 Suburbs in the Melbourne region