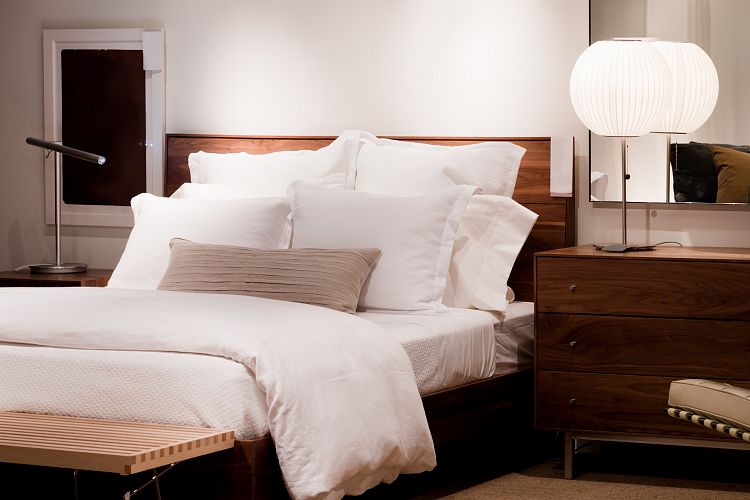 Bedding has a limit

Everyone you speak to has a horror story at some time in their life about a motel bed they slept on that was the worst bed they ever had to endure. They had no sleep that night and will never forget it… and, will continue to bring it up when any conversation allows them to introduce it. Sound familiar? Allow me to paint a picture for you of an all too common scenario.

A motel guest parks their car outside their unit, they chose this motel because it looked like a good quality motel from the street or online. They open the door after a long day on the road, ready for a good night sleep. They comment that they are so tired they could sleep on the floor if they had to. They look around the unit and like what they see, the room is very nicely appointed. They look past the bed, then stop, and look back as something catches their eye. “Does the bed look saggy.... It does...  It is!”. To their horror, the bed is sagging in the middle and looks as though it was new back in 1999. Albeit very disappointed with the look of the bed after the long drive, they don’t say anything to management, and proceed to toss and turn all night, resulting in the worst night’s sleep they have ever had. The next day they leave the motel vowing never to return because of the bedding and armed with a story for the ages.

Over the last 23 years of motel brokerage and in excess of one thousand motel inspections, I still cringe when I walk into a motel unit to see a beautiful room spoilt by a bed that should have been upgraded five years ago. One of the first things a potential buyer of a motel does when they enter a room is to lift the bedspread, sit on the bed and check the bedding quality. If the bed is sagging and well past its use by date, immediately the potential buyer becomes concerned about what else in the property needs replacing. One of the first things asked is, “when were the beds last replaced?”

As anyone in the motel industry knows one of the fundamental items of a motel unit is a good quality bed. Without this, you may as well throw away the HD or 4K LCD television, quiet split system air conditioner, free wifi and all the other goodies, because that bed has now done more damage than any of these items put together can make up for. When that guest tells one of his friends not to stay at that motel because they will not get a good night sleep, the cost to replace that bed now seems like a drop in the ocean compared to the potential business lost by bad word of mouth.

In my opinion, beds can be easily replaced at a minimal cost and can be done regularly, rather than when the sag in the centre appears. To a guest a bed is the be-all and end-all.  It is the difference between a guest giving the best free advertising for a motel to everyone they speak to or the worst adverting when they review the motel online or in person when the bed is not up to scratch. To a potential buyer of a motel business it is also the game-changer, even though they are easily replaced. Human nature then makes a buyer wonder what else is not up to scratch if one of the most important items, such as the beds, are in poor condition.

The difference between a good quality bed and one ready for the scrap heap cannot be overstated, and no-one can be fooled by a poor bed dressed up to look five-star. Regular replacement of bedding can not only ensure happy guests, but come sale time can indirectly help to play a big role in achieving a successful sale.