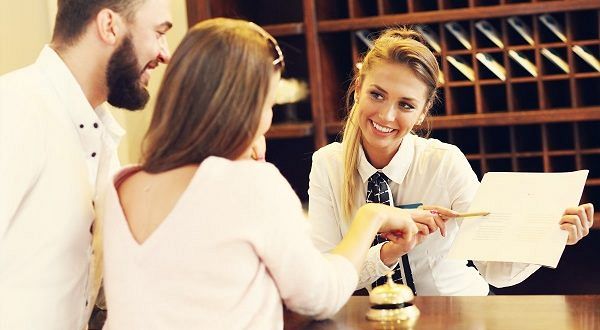 Ok, I’ve said this every year but just to keep my 100 percent record intact, where the hell did 2016 go?

Time just seems to fly, doesn’t it? It’s obviously an outcome of encroaching old age and certainly a reminder to enjoy life and not sweat the small stuff; and let’s face it, in the overall scheme of things its nearly all small stuff.

As usual, I have made numerous resolutions with reduced alcohol consumption, a better diet and more exercise high on the list. I have also promised myself to appreciate the managing director more and not be such an egotistical, self-centred narcissist. Not sure where that came from but I am simply following the instructions on the Xmas card!

Anyway, what to make of 2016. The Oz economy remained sluggish, interest rates stayed at record lows, the exchange rate was very favourable for inbound and stay-at-home tourism and the accommodation sector had a cracker year, if you weren’t trying to make a dollar in a mining town. Leisure operators reported record numbers with no signs of a slowdown.

2016 was also the year of the underdog. Despite legendary coach Jack Gibson famously saying that waiting for Cronulla to win a premiership was like leaving the porch light on for Harold Holt, the Sharks finally made it to the top step after 49 attempts. And much to delight of our own Paul Grant (he of the ultra-reliable finance brokering services and questionable facial hair), the Western Bulldogs completed a fairy-tale run to secure a premiership after 62 years of trying.

Of course, the biggest underdog upset in 2016 had to be the rise of Donald Trump to become the 45th president of the good ol’ USA.  That makes him, among other things, the commander in chief of the largest military and the largest economy on earth, to say nothing of the largest toupee. It is this single event that I suspect will shape 2017 both for us and for global business confidence, trade and international harmony. Without further ado, let’s whip out the crystal ball and see what 2017 holds with ‘the Donald’ as master of the universe.

We’ll start with Trump’s many policy announcements and left-of-field rhetoric. I reckon there’s almost no chance of him acting on most of what he has said to date.  Let’s face it, he called Hillary a crook, threatened to jail her then led a standing ovation for her and Bill at his inauguration. However, I do think he will review US trade policy and drive a more proactive economic agenda. I think there will be elements of protectionism but also incentives designed to assist business to prosper and grow. This strategy, combined with a promised review of personal and company taxation has the potential to see a rapid improvement in US economic conditions and a flow on impact on interest rates. Remember, super low interest rates reflect a stalled economy so we can expect any significant improvement in the US economy to put upward pressure on rates. If it is true that the US sneezes and the world catches a cold, then you would have to expect a revitalised US economy to have an impact here.

The big unknown will be any trade impacts or tariffs targeted directly at China and what impact that might have on demand for our raw materials.

Domestically, we are already seeing politicians emboldened by the Trump ascendency and certain parties of limited personal conviction jumping on the bandwagon. Love him or hate him, if Trump can engender some plain speaking and the death of political correctness in this country he will have achieved something of value. As of now, we have serious economic challenges to face and frankly I am more than a little tired of the debate being centred on fringe issues rather than the big stuff that ultimately impacts all our lives. Maybe Trump’s success will encourage politicians to sideline the peripheral issues and focus on the budget deficit and meaningful full-time employment opportunities for our kids.

If you see any sign of our leaders (I use the word in the broadest possible context) starting to engage in the sort of fair dinkum debates we need to have, may I suggest fixing your interest rates and buying a few blue-chip shares.  Both are going up!

For the accommodation sector, I see continued strong performance across most sectors.  Certainly, there has been a bit of a slowdown in demand in the corporate sector and some residential strata oversupply in capital cities but experience tells us that this is simply an outcome of the supply and demand cycle with most supply being taken up as demand improves. With most supply now either online or nearing completion, we can expect improving demand and occupancies with full take up over the next couple of years. New projects in planning stage will almost certainly not stack up (or attract bank finance) given the volume of new developments over the past few years so I think we can look forward to a stabilisation of the supply/demand dynamic.

In closing, our little business had a seriously sensational 2016.  We have to thank the accommodation sector professionals and our wonderful clients who support

our business through referrals and recommendations.  Please keep the deals coming, the managing director has a credit card and is not afraid to use it!

Of course, we also have a great team of people and I must thank Paul, Lisa and Simone for continuing to save me from myself. A special mention to Lisa who had her first full year with us in 2016 and settled the sort of numbers most finance brokers would kill for.  She has a hard time accepting the word no from lenders, which is no bad thing.