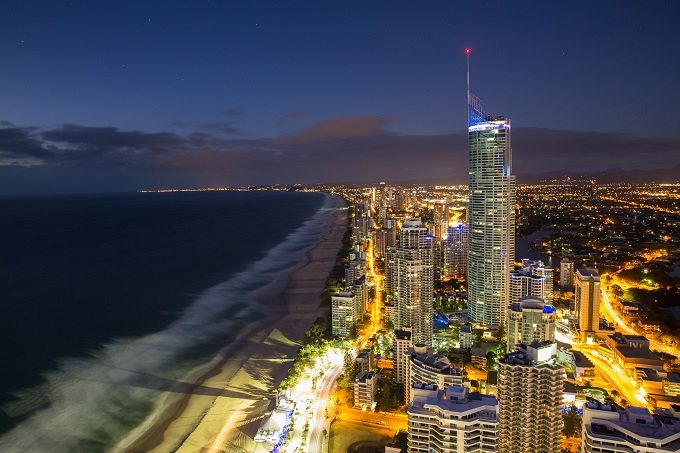 The figures every accom manager needs to guide their business strategy

Three high-performing markets (alongside Sydney) that are often overlooked in yearly forecasts: Tropical North Queensland, the Gold Coast and the nation's capital Canberra.

This is excerpt is from an in-depth industry report that you can read in-full in the current issue of AMG.

How has your local accommodation market changed this year and where is it headed?

Budget cuts have led the Australian Bureau of Statistics to pare back its tourism data collection.

Ron De Whit, the head of the HTR's Australian practice, forecast the long-term direction of Australia’s major markets by breaking down changes in occupancy and five measures of their revenue growth.

Here’s what that data means for major markets...

Melbourne is going (slightly) backwards. Growth in the number of rooms available is outstripping the number of rooms being sold. But Mr De Whit notes that Australia's second largest city retains an 82 percent occupancy rate and average daily room rate of $182, making it the second best-performing market in the nation. Though modest, those changes in supply mean HTR’s modeling for Melbourne’s future does not paint a rosy picture of profit growth. It predicts average daily rates to grow only by 1.4 percent in each of the next five years.

Perth’s accommodation market has been in a state of flux for many years, something mostly attributed to the declining “mining boom”. This year's stats show that volatility will continue. But Mr De Whit notes it's not all bad news: demand for rooms overall is growing at a healthy four percent. But occupancy, revenue and the amount charged per room have all fallen substantially. HTR attributes those sharp declines to the state, having overplayed a campaign to attract new tourism investment: “Supply growth [has gone] into orbit - with lots more to come so [we're seeing] weaker growth, in fact no growth at all!” In fact, HTR expects Perth’s occupancy to continue to fall for as many as another five years.

Brisbane is another market that has been through a difficult period recently, due to the same problem of over-supply. But that seems to be evening out. Revenue and the average daily rate charged by operators have both contracted modestly. But there is a major silver lining: with an eight percent growth in the number of rooms sold last financial year, the city is Australia's fastest growing market. “[It's] time to get more positive about Brisbane, we think,” Mr De Whit said. But there is one measure that foreshadows some lean years ahead: the city's depressed occupancy rate of below 70 percent is the lowest of any state capital. HTR forecasts very lean growth in room charges of 1.1 percent over the next five years.

That growth in rooms sold each year puts Brisbane only slightly behind another recently volatile tourism market:

Darwin, which runs a very close second to Brisbane on that measure. HTR argues the city has adjusted from a heavy reliance on the mining dollar and developed (a less profitable) leisure tourism as fewer corporate visitors come to town on mining business. Those adjustments explain declining room revenues but ultimately, Mr De Whit sees a city with a market that is “recovering nicely”.

In Sydney, the crown jewel of Australian tourism, the news is even better. Off an already high-base of profitability, the city is going to continue to see more people looking for rooms than there are new rooms built. “Occupancy is expected to remain high, driving strong [average daily room rate growth of 5.3 percent on average per year,” Mr De Whit said.

Working with the same data leading forecaster, Deloitte Access Economics also provided AMG with a report on how the regions are performing. The consultants homed in on what it considers the most important measure of market performance: how much operators charge per room.

They highlighted three high-performing markets (alongside Sydney) that are often overlooked in yearly forecasts: Tropical North Queensland, the Gold Coast and the nation's capital Canberra.

The average daily rate tourists were charged for a night of accommodation in Canberra was up six percent and beaten only by Cairns where growth was nearly eight percent.

“[Tropical North Queensland and Gold Coast are forecast to lead the key markets in terms of [revenue per room] growth over the medium term,” the company's industry outlook for 2017, released in late August found. “But relative to previous [earlier forecasts], the largest movers in expected performance are Melbourne and Hobart, which have softened considerably on the back of greater expected supply.”

Deloitte emphasised that the major determining factor of how well a market is going to perform in the profitability stakes is supply and demand.

They concluded that nationally, Australia’s accommodation sector is facing a supply gap. Put simply, more rooms are expected to be built each year (3.2 percent) than tourists are coming (2.8 percent).

The company noted that the impact of the supply gap will weigh more heavily on some parts of the country than others.

Melbourne is working to absorb recent additions in supply in the market, while Perth, Darwin and Brisbane are contending with additional supply and softer demand conditions due to exposure to the mining sector.”