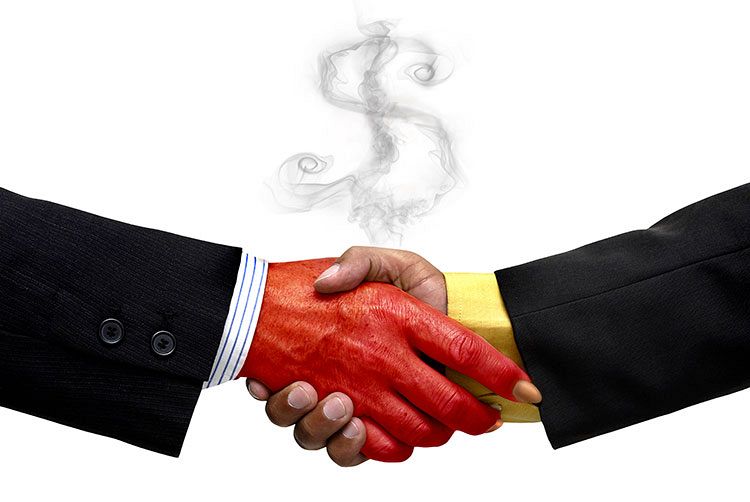 The devil and the detail: Small business borrower rights

How time flies. Would you believe it’s just over a year since the tabling of the Final Report of the Banking Royal Commission (it’s got a way longer official name, but you know what I’m talking about). I’m sure you would all agree that we are certainly enjoying the positive outcomes of the millions spent with fast and effective credit processes, improved banking industry culture and transparency and a customer interest first approach… or maybe not.

In any event the circus that was the royal commission did divert attention from an earlier report that, for business borrowers, has far more significant implications. In December of 2016 a lady by the name of Kate Carnell tabled a report that is formally referred to as the Small Business Loans Enquiry. Ms Carnell AO was then, and remains, the Australian Small Business and Family Enterprise Ombudsman. The report is known in banking circles as the Carnell Report and it makes for interesting reading. It also suggests that the commissioner is a street smart and savvy person with a preference for plain speaking. Pity she didn’t get the Bank Royal Commission gig.

Before we get into the detail please be aware of the existence of the Australian Small Business and Family Enterprise Ombudsman Act 2015 (ASBFEO Act). Don’t read it, life’s too short, just be aware of it. We pay lawyers to know what’s in it but it’s always good to at least nudge them in the right direction. Importantly, the act defines a small business as having less than 100 employees and revenue of less than $5m. That’s most of us I reckon.

Anyway, back to the Carnell Report which, three years on, is worth reflecting on. Unlike the ASBFEO Act this one is well worth a read. When released I was particularly interested in Section 3.2 of the report, which addresses credit contract terms and conditions. Clearly the Ombudsman came to the conclusion that banks, by means of their loan documentation, have too much power in the relationship. It is clear from the 15 recommendations in the report that a rebalancing of contractual relationships between banks and small business borrowers was a priority outcome.

It seems that the banks agreed, and I am told that they have embraced the recommendations, albeit some have adopted lending up to $3m as the benchmark. The report suggests $5m but who are we to quibble. Anyway, let’s just randomly have a look at a couple of the recommendations and put them to the “real world” test.

Recommendation #3 : For all loans below $5m, where a small business has complied with loan payment requirements and has acted lawfully, the bank must not default a loan for any reason. Any conditions must be removed where banks can unilaterally:

Sadly, these type of clauses - sometimes cleverly disguised, remain in many bank letters of offer. It’s important as a small business borrower to know that the Ombudsman does not support these terms and if push comes to shove you have a powerful advocate in your corner.

While banks may give some choice for commercial property valuations, it is still from their panel, with their instructions and parameters. In the residential property space, I can say for certain that no choice is given when it comes to who they use and just try to get a copy of the report you paid for… Our experience is that in the real world some banks are paying no more than lip service to recommendation #8. Maybe worth quoting if things get heated.
Interestingly, particularly in light of where we are today, the Australian Bankers Association released a statement on 28th April 2017 that confirmed support for the Carnell recommendations and confirming that action was under way to ensure the recommendations were implemented. There is a fundamental problem with the ABA statement, and it’s borne out in the Carnell Report. Senior bankers giving evidence clearly didn’t know how their businesses operate at the coal face. I don’t think any of them were being deliberately deceptive, they just took a briefing from their underlings and gave that evidence in good faith. I suspect if Kenneth Hayne confirmed anything in the Banking Royal Commission, it is this simple truth. The guys and girls at the top of these huge and complex organisations have almost no line of sight on the day to day activities of the company.  There’s an easy fix for this but I am yet to see any bank implement the process.

The Carnell Report is now three years old and the recommendations are just as valid today as they were in 2016. Know your rights.

In closing, and I’ve said this before, your bank is not the evil empire and they are not conspiring to do you harm. But, and as Kanye said to Kim, “it’s a big but” understand what you are signing, and if in doubt ask your bank to clarify any concerns in writing before the pen hits the page.