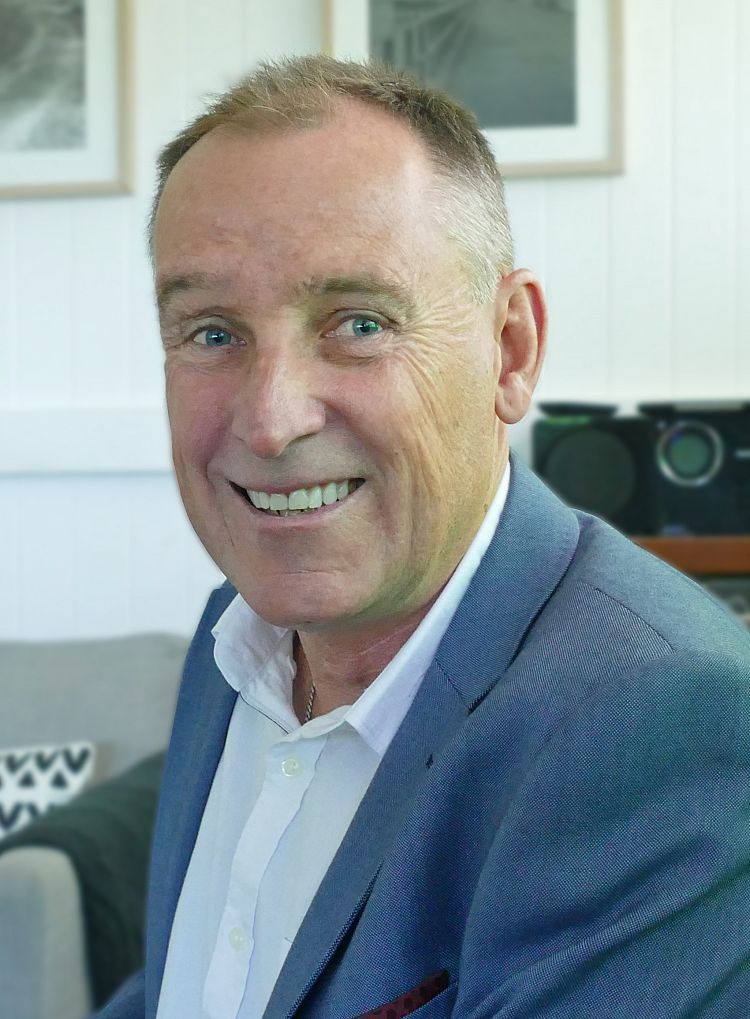 One gets the impression when speaking with Mike Phipps, founder and director of Mike Phipps Finance that his calm demeanour belies the fact that in his head he’s orchestrating a myriad of negotiations, transactions and items on his ‘to do’ list, while simultaneously only just managing to contain an energy level and sense of humour that is effervescent to say the least.

Speaking to him for this interview, it’s clear that Mike is a modest master of transformation. To those in the know, Mike’s ability to adapt just ahead of an industry waning might appear lucky but, if analysed, it's easy to see how just as one opportunity was hitting the downside of the bell curve, there was Mike out front with a new position, a new goal and an uncanny ability to drive change and to stay ahead of the curve.

Mike grew up in western Queensland and was schooled in Toowoomba. By his own admission, he found a job in a credit union totally by accident and straight out of school, before realising that he had quite a knack for finance.

After a few years at the credit union he heard rumours that Metropolitan Permanent Building Society might be acquiring a banking license and was putting plans in motion to launch a full service Queensland based bank (later Metway Bank) so he embellished his resume and was surprisingly (again by his own admission), appointed branch manager in Brisbane. He and his wife moved to Brisbane and at 26, Mike was one of the youngest branch managers in the group.

Mike managed various branches in Brisbane for four years, becoming the area manager and realising that he thoroughly enjoyed, and was good at selling finance, but he really did not like city living. Might have had something to do with pursuing an armed bandit and being confronted with a sawn-off shotgun. His dream was always to find a job that would enable him to support his young family but allow them to relocate and live in Noosa – where he and Lee-Anne had spent their honeymoon.

When Metway merged with QIDC and Suncorp to became Suncorp Bank, Mike transitioned again into commercial lending and convinced the bank to develop a team of specialists that understood specialist industry, and before long Suncorp Commercial Banking was looking to focus on specific industry opportunities. Mike remembers being given carte blanche to build and manage the new initiative and even though the management rights industry was still getting established, he recognised the potential of the sector and it wasn’t long before the very successful Suncorp specialist strategy was recognised as a genuine alternate to NAB and ANZ in the management rights financing space.

In 2009, as the impact of the GFC curtailed lending and devastated the financial sector, Mike recalls knowing that the writing was on the wall, and that despite it being the riskiest time to venture out on his own, that was the decision he made.

Mike Phipps Finance began out of the back room of his house on Sunrise Beach 10 years ago, and despite being “absolutely terrified”, as by then he had a young family to support, Mike is also unabashedly grateful to the well-known players of the management rights industry like Ian Crooks, Jake Clarke and Rod Askew – operators, brokers and banks alike – for their tremendous support during his early years.

“Three years later, when I realised I couldn’t continue working 24-hour days, I bought premises in Noosaville, Paul Grant and Simone Cuthbertson came on board, and we’ve grown exponentially from there,” says Mike.

“Cameron Wicking, our second broker came on board 18 months ago and we have now put on two more support staff. To our knowledge we’re now the largest specialised finance broker of our kind in the country.”

The bargaining power of being a $200m a year client with $1b of assets under management is obvious. “The banks know that I am invested in this business, and service obsessed, so our transactions tend to get prioritised.”

Mike Phipps Finance also handles a lot of motel business – between 30 and 50 motel and caravan park transactions a year – all over Australia.  Mike says that the days of needing an office in every town and city are well and truly over. “ The trick is to combine personal service with a digital business model and reach clients who would otherwise have no access to the free services we provide “ Mike says.

As an integral player in the management rights industry, I asked Mike for his thoughts on how the industry appears to be evolving.

“Management rights remains the lowest risk going-concern business model in Australia, period (and you can quote me on that!). It remains the only business where you can get a 70 percent lend as a going concern – there is no other business I can get this gearing on, with the exception perhaps of the McDonald’s in Bondi Junction.

“Management rights businesses don’t suffer from the ‘normal’ issues that send businesses broke,” says Mike. “They don’t have bad debts, there are very limited debtors and creditors– and if there is the manager is in control of that, the cash flow cycle tends to be 30 day max and even then, the resident manager gets paid first, you have security of terms and the rights to buy into the management of a multi-million -dollar asset for a fraction of that.

“I’ve said this before - management rights is about communication skills and people management, and the issues being experienced within the industry are primarily due to a lack of both.

“The parties involved simply don’t appreciate the vital importance and value of regular communication of all forms, and there appears to be a lack of capacity to communicate honestly and manage stakeholder expectations.

“I’ve yet to come across a relationship – business or otherwise, where you don’t need to be able to have honest and frank conversations while still maintaining the relationship. It takes skill to de-escalate with authority, and unfortunately too many people are being too quick to pull the trigger on the legal option.

“Another aspect that managers need to consider is that owners and committee members are increasingly paying more attention to the salaries being paid and what they’re getting for it in terms of value. Unfortunately, the industry as a whole promotes management rights as a ‘lifestyle: huge salary with not much to do’… it actively needs to be repositioned as what it is; a fair dinkum business where the managers are generally run off their feet, working extremely long hours and shouldering significant responsibility.

“And managers, getting back to the communication aspect – ensure your owners know what you’re doing and how involved you are, and if times are lean sometimes the best option is to take a little of the pain yourselves and promote it to the owners. Invest in goodwill – give a bit away to defend your turf.

Last but not least, and Mike acknowledges that this is a ‘sensitive’ issue: “The industry and accounting profession as a whole, needs to review and be more courageous about the way P and L’s are presented and to ensure that sustainable numbers are reflected. Any other scenario creates long-term difficulties with the bank and other professional service providers, there is not enough allocated for labour and new managers are almost forced into ripping owners off – it’s a dangerous self-perpetuating situation.

“The very best model of management rights is the combination of business and residence – where you have a dedicated manager living on site. Managers have skin in the game and their every action has a direct impact on their bottom line. For corporates, one hopes that they incentivise salaried staff to do exceptional jobs and link their KPIs to relations with owners, an increase in letting revenue and guest feedback.

“Personally,” says Mike, “I would not buy into an unmanaged building.”

So, what’s next for the transformer? Mike says that he has stepped back from the day-to-day working in Mike Phipps Finance in order to be able to work on it, and to develop Transaction Management Consultants (TMC), the burgeoning syndication/partnership businesses developed with Tony Rossiter of Holmans. Watch this space…