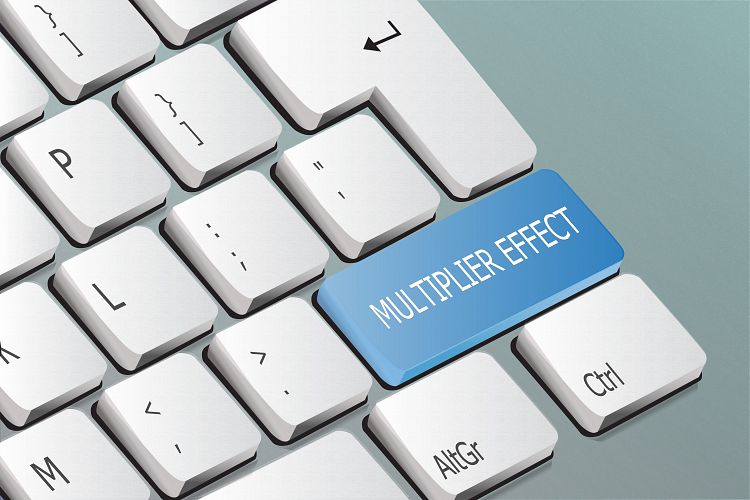 Know your rights when it comes to the multiplier

The management rights multiplier. It’s a key component of the accommodation industry. But what is it and how is it calculated? And how can managers make the most of it.

Management rights are valued and sold using a “multiplier” of annual net income or profit. For example, a net profit of $100K at a multiple of three times ­would produce a $300k value for a business. If a manager was also provided with a unit valued at $450K then the total package price would be $750,000.

The value of the management rights business value is calculated based on market demand using a multiplier of a year’s return. This can be more or less dependent upon net profit, length of agreements, location, supply and demand of the local market.

The varying “multiplier number” for each business is affected heavily by market conditions which includes the opinions of banks and associated valuers. The multiple generally ranges from about 2.5 to six, though variations occur.

The factors can depend upon such things as the agreement term, a property’s location, its age and size, property market conditions, interest rates and the composition of the income depending on letting costs and maintenance.

The management rights multiplier is sometimes called “the years times earnings multiple” - the number of years it will take to earn back the amount paid for the business.

Often a person just buys a business with management rights but ownership of a unit in the complex as well, and an obligation to own that unit will be reflected in the caretaking and letting agreements. The manager’s exclusive right to operate the business gives the business its security and the lenders their confidence to fund the management rights purchase.

We asked two experts in the field to breakdown the complexities of the management rights multiplier.

Alex McCowan, from Accom Valuers, has been in the management rights industry for 14 years, and says the multiplier can be a “moving target” with so many variable factors affecting it.

He said investments in management rights could typically return 15 per cent per annum on investment and that the “big tickers” were agreements in which the manager earned a guaranteed salary.

He said salary agreements were signed with bodies corporate, granting the right to let units and to maintain the building and grounds.

“In a lot of new buildings in Brisbane the operator of the business didn’t have to buy a unit but that can be a downer because you then don’t have the right to attend body corporate meetings. As a valuer we always recommend people own something in the building even if it’s just the office.”

Mr McCowan said when buying management rights, “modules” granting 25 years for accommodation rights were favoured by banks over 10-year modules because for their long-term stability.

He said some properties generating only $20-30,000 income might have a multiplier of just one because “you are just buying a job basically and they are hard to sell”.

“At the other end, pre-GFC it wasn’t uncommon on the Gold Coast to see multiplier of seven,” he said.

“Things were going well before COVID. particularly in the resorts, and we were seeing multipliers of six and a half on the Gold Coast. The Sunshine Coast’s highest multiple was about six times. Outside of those two areas, Port Douglas and Cairns will generally be a bit less.”

Location was a key factor, he said, in assessing the worth of a business

Mr McCowan cited a property in Noosa generating a net profit of half a million dollars.

“Pre-COVID, we would have been talking a multiplier of six times whereas the same property in somewhere such as Airlie Beach would only be four and a half times, even though the Airlie Beach property might generate the same income,” he said.

Tod Gillespie, from the property valuation and advisory group Herron Todd White, said such an example was all about “supply and demand”.

“There are more people who would probably prefer to live and work in Noosa than say Airlie Beach so the multiplier will be greater on similar properties,” Mr Gillespie said.

Another crucial factor is the number of units in a property.

“If two complexes are both netting $300,000 and one has 30 units and the other 60 units, the 30-unit complex should be worth more as far as the ‘multiplier’ because it requires less work to generate the same income.

“Other factors include permanent versus short stay, versus student accommodation, versus pension properties where you have to provide meals – they all vary in the multiples.”

Mr Gillespie said it was vital for anyone embarking on a management rights contract to study all terms closely.

“They have to make sure of what they own and what’s on title and what is just for occupational use,” he said.

“We’ve had managers think that they have things on title and we point out that while they may even have keys to parts of a property they are not even entitled to use it according to the documentation.

“I’ve been to a complex where the manager turned three visitor car spaces in the basement into a linen room thinking he was able to do that.

“I’ve even seen managers changing the number on car spaces to get a better one, thinking he had the right to do it.