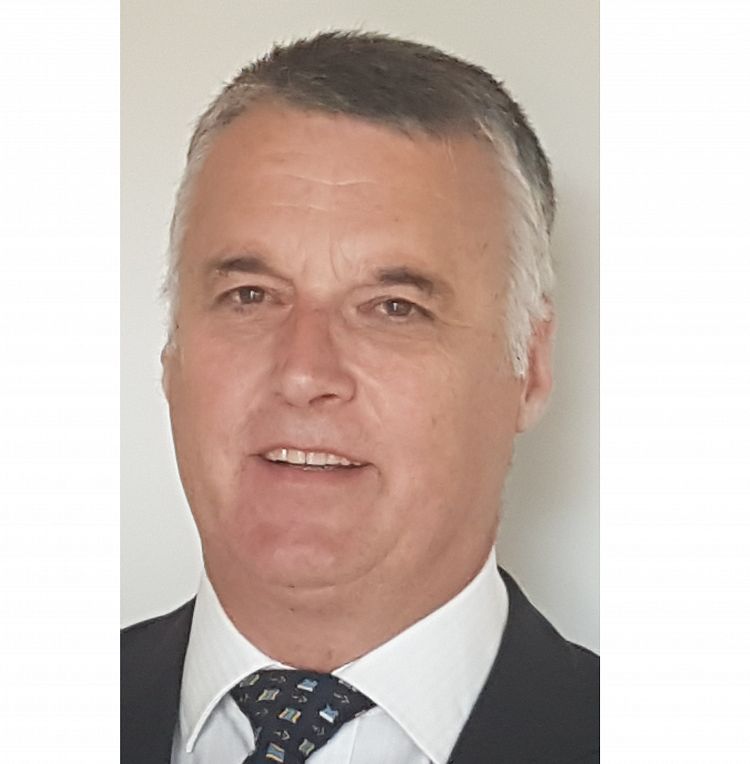 One gets the impression when discussing management rights with Kim Cox, that he’s forgotten more than most of us will ever know. Steeped in the industry; historically and currently in his latest role as consultant, Kim and his wife Suzie have owned and/or managed all types of property complex, including hi-rise, medium-rise, walk-up and town house or villa type community title schemes and as a result, have an in-depth knowledge and understanding of the way in which community titled schemes should work.

He did however, have a life before MLR and facility management.

Born in Victoria in a “small country town”, Kim joined the police force and was a key member of the homicide squad for 18 years before moving – together with his extended family - to the Sunshine Coast in 1996, and after looking at a number of business opportunities, he bought into their first management rights – Chateau Royale (in Mooloolaba) and Noosa Hill Resort in Noosa.

When asked why he chose management rights over the other business opportunities, Kim says it was purely the return on investment offered, he really had no idea how it would go on to shape his career and life.

In 1998 Kim joined the Sunshine Coast branch of QRAMA when there were just 120 members, and by teaming up with Tourism Sunshine Coast and door-knocking alongside a fellow member, membership more than doubled. After six months, when Barry Turner sold his property, Kim was voted in as the Sunshine Coast branch president, and recognising that the ‘cottage industry’ was poised for significant growth, he set about focusing on local issues and dealing with things at a grass roots level.

As the local issues being experienced became industry issues being dealt with on a wider scale, Kim began to learn the finer art of lobbying and he was invited to meet with the BCCM commissioner.

“It’s hard to believe,” says Kim, “but QRAMA was (and still is as ARAMA) perhaps one of the more measured perspectives at that time; and it stood us in good stead.”

At a time of massive industry upheaval, Kim became QRAMA state president in 1999, and he went on to close the Brisbane branch and make changes to Gold Coast. He began working with John Anderson, a highly intelligent man known for his methodical and practical approach and a lengthy period of submissions and bureaucracy followed.

It was during this time that Kim recalls working with government communications consultant Peter McCall, and his invaluable tutelage regarding the preparation of strategies to create bottom up demand.

“In 12 years, I saw many politicians come and go,” says Kim, “but with Peter’s help I became acutely aware of the power of lobbying, and just how critical it is to keep addressing those issues that have the potential of impacting on the industry.

“The majority of operators don’t always understand or appreciate the risk that exists for the value of their business by a simple change in legislation.

“That period was a critical juncture for the sector. We went from a situation where it was almost impossible to establish contact with politicians to becoming industry spokespersons, and being invited to make representation alongside other associations.

“The other vital lesson I learnt back then was to always have a much longer list of requests than was necessary, out of the 12 items we were proposing at that meeting, five were approved so we all won.”

Management rights is a business model that works extremely well, particularly in situations where you have absentee owners/investors, and with Queensland the undisputed leader of Australian holiday destinations, the strength of the association was always in Queensland.

The industry is complex and still evolving however, and the changes being touted, and even implemented, in other states, are significant.

“When MLR started, most properties were low-rise ‘walk-ups’ with 20 to 30 units and they were managed by ‘moms and dads’ looking for a transitional business and lifestyle opportunity,” says Kim. “Nowadays however, the properties are towers or expansive complexes featuring hundreds of units and the ‘traditional’ management and maintenance duties typically included in agreements are no longer unachievable.

“The onsite manager is a streamlined (and usually very stressed) combination of caretaker and facility manager, and we are seeing an increasing need for clear and concise agreements with terminology and work schedules that are not subjective and open to interpretation, and a greater emphasis on facility management training.

“I would even go as far as to encourage a name change from ‘resident manager’ to ‘resident facility manager,’ as it is more indicative of what the role is,” adds Kim.

The statutory requirement of having a Resident Letting Agents, or full real estate agents license covers only a small portion of the manager’s role. The licenses are based primarily on the rental facet of managing properties and not the aspect that most residents are concerned about: building management and caretaking.

“Unfortunately, there are escalating problems between managers, bodies corporate and committees,” he says, “and its largely due to the inherent gaps we have in agreements, procedures, the handover and compliance.

“Having worked with buildings that are corporate, short-term or holiday use, long-term or permanent, in both the CBD and regional locations, I can tell you that the design or style of the building tends to create challenges specific to that design, and that they all have issues that are intrinsic to community living.

“It’s imperative that our ‘managers’ be made aware of the ‘bigger picture’ and that they are encouraged to seek out additional qualifications in facility management so that they may be better equipped to address and manage the role competently.

“It’s a dynamic, evolving industry,” says Kim, “but fundamentally it’s a people business not a property business. Managers are working very closely with committees, owners, residents and guests – a lot of the time – and as with any ‘marriage’, they all have a vested interest in the property being maintained and promoted the best it can be.

So, while many schemes are not going to get the ‘experienced’ operators that they are all hankering after, new people are healthy for the sector. Strata, management rights and community living are multi-billion-dollar industries and any shift towards greater accreditation and professionalism should be welcomed.”

As the longest serving president and then chairman of ARAMA, Kim began working as a consultant with BMCS in 2015.

When asked what he loves about this field, he is clear: “helping people to better understand the contractual arrangements in place and assisting all parties/stakeholders in clarifying what is expected from a caretaker or facility manager.”