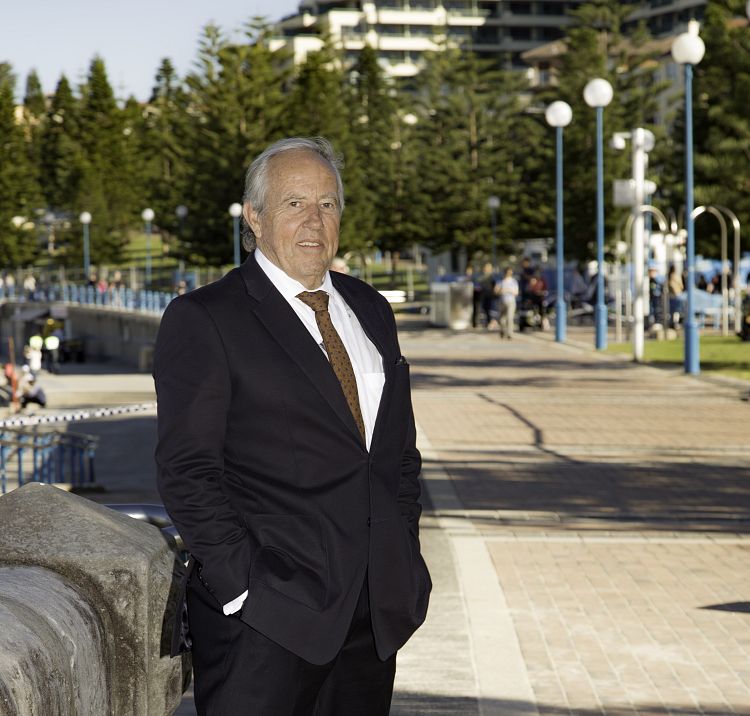 Ian Crooks: There’s always more than one way to do a deal

Despite holding the relatively new title of chairman, Ian Crooks is better known as Mr ResortBrokers – leading industry pioneer and founder of the largest agency dedicated to tourism and accommodation property in Queensland and throughout Australia.

And while it’s difficult to assimilate the litany of remarkable achievements with the down-to-earth and very person-able man that I am seated across from, it’s harder still when he tells me that he believes his success, and the foundation of his entire business structure, is based on a lesson learnt from his role selling farming consumables in New Zealand – that of making no less than 20 face-to-face calls per week. It’s a discipline that still stands today.

Born and raised in Waipukurau, Hawks Bay, Ian was schooled at Napier Boys High, and testament once again to his endearing character, he is still in close contact with a number of friends from then – and is in fact, planning a reunion in 2020 to celebrate a group 75th birthday.

Acknowledging that he was not much of a scholar, Ian worked in a men’s clothing outlet when he left school before joining a stock and station agency and transferring to Wairoa for five years, and then to Gisborne on the east coast of the north island where he met his wife Karin – and I’m not surprised to hear that they have been together for 46 years and are still very happy.

In 1974 Ian heard about a competing salesman that had left the stock and station agency to go into real estate and was earning a fortune, so he left the pastoral vocation and moved to Tauranga. Once again, following his ‘sales formula’, his foray into property was very successful.

Unfortunately, despite his path appearing ordained, Ian was struck down with Bell’s Palsy, and advised to give up real estate. He and Karin traded their house as a part payment on a motel on Lake Taupo – the worst on the lake he recalls – but they made the move and worked hard to make improvements. His condition then improved to such an extent that Karin suggested he go into the broking of motels in the area.

“At that time there were 42 motels on the lake,” says Ian, “a further 50 in Rotorua, 33 in Napier and 30 in Hastings. There was a lot of stock and, where sales were difficult, we got creative – developing a system where the parties were able put some cash in, and keep the land as an investment – it was the birth of motel leasehold agreements.

It was this same keen eye for opportunity that then brought the indomitable ‘glass-half-full’ sales dynamo to Australia, and despite Karin agreeing in 1985, that “it was just for a year”, Ian launched ResortBrokers from a table in his bedroom, and the rest as they say his history.

“It was a lot more difficult to do business back then,” says Ian. “I used to drive an average of two thousand kilometres a week; operating out of phone booths and knocking on every accom door across Queensland and most of New South Wales.

“I knew virtually every motel,” he adds. “Someone would mention a town and I could tell them all the motels there, how many rooms they had and how big the manager’s residence was. I gathered every bit of information I could and memorised it.”

Ian’s exhaustive knowledge was one thing, but it was his relentless effort and discipline that ensured success. He applied the same meticulous approach from New Zealand and once again revolutionised motel investment. He vividly remembers the first motel lease he set up, the 17-unit Mary Ellen Motel, in Ipswich, just west of Brisbane. Today, thanks largely to his initiative, more than 70 percent of Australia’s motels are split into active leasehold and passive freehold investment components.

Ian still puts great store in the qualities that have driven his entire working life: hard work, willingness to take a calculated risk, the ability to learn from your mistakes and to think outside the box.  “There’s always more than one way to do a deal,” he says.

And while motels and caravan parks were his core business, it wasn’t long before he began developing an expansion strategy focused on management rights. Other emerging areas of demand have since followed, in particular, off-the-plan management rights associated with large-scale apartment developments and more recently, a dedicated hotels division.

“In all the time that I have been involved in the industry not that much has changed,” says Ian. “The multipliers have gone up and down, as have the prices of apartments. Demand grew incredibly until the GFC. In 2009 only 17 management rights were sold across the Gold Coast, but we keep moving forward. One just has to adapt and think ‘how do we make these more saleable?’

“I’ve always believed that if you have a thorough under-standing of the sector, conduct business with honesty and integrity and deliver an exceptional level of service, you can’t help but succeed.”

While Ian’s expertise and contribution to the sector are widely known and respected, he is more eager to talk about how a second generation is making its mark at Resort-Brokers. During 2019, he brought his three children and son-in-law into the business as directors and owners and transitioned to chairman.

“I never really planned for my children to enter the business,” says Ian. “It’s happened by default – the circumstances were all just right and I couldn’t be happier. The company appears to be better run; this younger, more dynamic team is taking ResortBrokers to new levels of operation and success.”

ResortBrokers are licensed in all States and Territories, with key offices located in Brisbane, Sydney and Melbourne, and strategic international affiliations.

When asked about the future of the industry, Ian says he remains confident. “Accommodation properties continue to be strong investments,” he says. “The motel business is outstanding. If you were able to borrow 100 per-cent to buy one, you could pay it off in 10 years and still enjoy a flexible business lifestyle along the way. Management rights are no different.

“The biggest challenge at the moment appear to be centred around the module terms. Prior to ‘97 they were five-year terms, now everyone is worried if it isn’t 25 – it makes no difference. If a strata or body corporate building is run well and the owners have peace of mind about how their property is being maintained, then the resident manager’s contract will always get renewed. Management rights is, without doubt, the best way to run apartment accommodation and the systems and agreements that we have developed here in Queensland are the best in the world.

“My only advice to those considering getting into this industry is that they should think hard about whether they are suited for dealing with the public and the various stake-holder bodies – there are a lot that can’t. They also need to be clear about what type of property is best suited to their requirements. Chase the money, not the area,” adds Ian, “as most move on within four to five years.”

So, is this industry icon planning some down time? It appears not. Ian is still working – he says he likes the cut and thrust of a deal too much to retire – but he’s leaving the empire building to a new generation.

"My enthusiasm for the industry continues to grow,” says Ian. “It’s very satisfying to be a part of introducing people to the sector, knowing that they are likely to achieve their long-term goals and financial security.”

Obviously, no profile of Ian would be complete without highlighting his passion for rugby. Even after all these years in Australia, he still proudly supports the All Blacks.