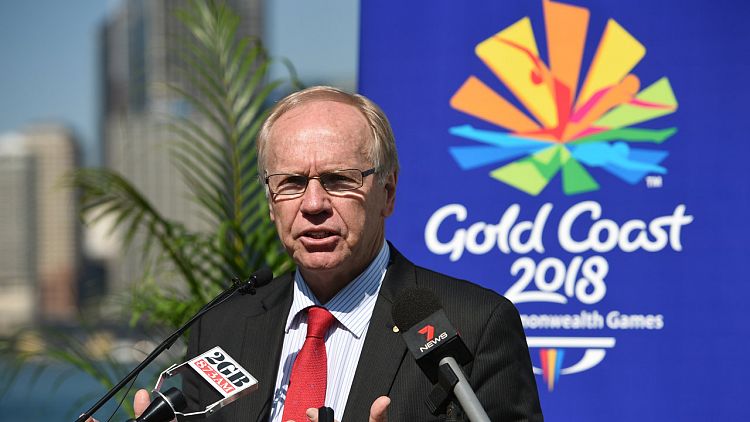 How secure are the Gold Coast games?

The face of terrorism has changed dramatically as Islamic State forces confront defeat in Iran, Syria and Afghanistan. IS is increasingly shifting its focus towards ‘soft’ targets involving high tourist areas in western countries, so we are seeing an increasing tempo of small bombings, crude vehicle crowd rammings and lethal personal attacks, often ‘inspired’ by rather than ‘orchestrated’ by IS.

The attacks in Birmingham, Paris, Brussels, London, Barcelona and Cambrils follow this very path. Terrorist groups prefer to attack soft targets because these usually lack intensive and sophisticated security, and there are many more soft targets than hard targets. Hotels (Mombassa/Mumbai), the public (Nice/Brussels), restaurants/night clubs (Bali), museums (Tunis), stadiums (Paris/Manchester), places of worship (Istanbul), trains (Madrid/London) and buses (Israel) have been shown to be targets of choice.

“They know that the era of the physical caliphate is over but that doesn't mean that [IS] is over or that its ideology is over and defeated,” said Julie Lenarz, an expert with two independent think tanks, the Washington-centred Israel Project and the London-based Human Security Centre. “[IS] has been very explicit in recent months saying ‘no longer come to the caliphate, stay put, stay in your home countries and try to carry out attacks there’, and this is what we're seeing playing out on our streets at the moment.”

Lenarz says even though the caliphate is crumbling, the ideology can't be destroyed with “bombs, drones and ground troops”.

“This is why we're seeing [IS] moving into a different kind of threat, kind of al-Qaeda on steroids but quicker, faster, more lethal than ever before,” she said. “They have learned from al-Qaeda's experience and other groups' experience in the sense that they understand you don't necessarily have to kill thousands of people at one time to cause chaos and destruction but that you can kill dozens of people at one time but do this steadily all the time.

“This is going to stay with us for quite a while,” she warned.

That places of high tourism visitation are the prime targets was frighteningly highlighted with the Barcelona attacks that killed 15 people on August 17.

Some nine million visitors a year pass through the Catalan capital. Almost all visitors who arrive in the city end up touring Las Ramblas, the scene of the Jihadist attack. It is estimated that 213,000 people pass through this street every day. Of these, an estimated 80 percent are tourists. Small wonder it is a target for terrorist activity.

As Australia, and Queensland in particular, moves to celebrate the Commonwealth Games in April along with an anticipated 126,000 visitors, security has become the major issue for the Global Terrorism Index 2016’s 59th most terrorist impacted country.

However, a terrorist attack is unlikely during the Commonwealth Games next April because Australia is an isolated and friendly country, according to Gold Coast mayor Tom Tate.

Tate said the organisers and the federal and state governments were “on top” of dealing with any terror threat.

“Let’s be honest, Australia, we haven’t hurt anybody,” he said. “We are a long way from them and I think [IS] are too busy to stir up in Europe and the like. I don’t think they will come over but we are prepared if they do.”

Games chairman Peter Beattie stresses there were no known specific threats or risks of attack on the Commonwealth Games. He said the measures in place for next April would likely have prevented an attack of the type made on Manchester Arena — but acknowledges there were no guarantees in “an ugly world”.

More than $45 million is being spent on the 2018 Gold Coast Commonwealth Games security and assistant police commissioner Peter Crawford said Australian intelligence agencies had been “very good” at disrupting planned attacks but the eyes and ears of the public would be vital in the lead-up to the coast games.

“Anybody looking overseas would know that it is very easy for a single person to mount an attack [and] as we saw [in London] that is very difficult to defend against,” he said. “It is very difficult to keep everybody safe every minute of every day.” Crawford maintains that, despite the increased security threat, any games venue would be “one of the safest places on earth”.

Games chairman Beattie said the event would be protected by about 10,000 security personnel including police and soldiers performing about 780,000 guard hours.

All may not be as it seems, however. Queensland remains the easiest place in Australia to get a security licence as an army of 4200 security personnel is assembled for the games. A plan to improve security guard training stalled since an audit was presented to the state government in May, with the results yet to be released publicly.

Beattie declined to confirm whether a contentious plan to use facial recognition surveillance to pick out suspected terrorists would go ahead, saying authorities had to be “a little bit guarded” while reassuring the public.

However, an act of terrorism against the games cannot be discounted.

This was dramatically illustrated in May when a suspicious device, found to be a home-made bomb, was discovered on the side of Queensland’s main artery, the Bruce Highway.

“Also, the QPS works closely with Queensland Health to identify and respond to individuals who may be vulnerable to the influence of extreme ideologies.”

Queensland Police has been at the forefront of ensuring the monitoring of those who could be potential threats, either because they have been groomed by radical groups, fit the potential to be lone wolf attackers, or have a mental impairment that could trigger risk.

The Queensland Fixated Threat Assessment Centre has been set up to identify and manage these fanatical loners.

Police, defence forces and private security contractors will outnumber athletes for the event, with their presence felt throughout the state. “There will be security checks on the train, at the stations and in the last mile as you walk to the venues, and at the venues themselves,” Beattie said.

People entering venues will be put through an airport-style scanner, with organisers hoping fast lanes for people with little or no bags will minimise queues which could themselves become a target.

New Queensland laws to help police fight extremism, including powers to turn phones, high-tech fridges and other devices into surveillance tools, were enacted in state parliament in September.

The laws would allow police to search mobile phones during a terrorist emergency to look for communication between offenders and footage of the attack. It would also give police the power to turn existing devices into surveillance devices during a declared emergency, including by remotely installing software, when the life, health or safety of a person was in danger.

One consequence of the terrorist threat has seen the placement of unsightly bollards in strategic areas to minimise vehicle attacks on pedestrians as has happened in Sydney’s Martin Place (scene of 2014’s Sydney Lindt Cafe siege), Melbourne’s Bourke St Mall (where six people died in a vehicle attack) and Adelaide.

By the end of the year, 16 anti-extremist pop-up bollards on the Esplanade in Surfers Paradise will be in place to protect pedestrians as well as beefing up existing temporary barriers at Cavill Mall and Broadbeach.

The Gold Coast City Council is spending $500,000 to install the bollards, which mayor Tate insists will be so strong they could stop a high-speed truck and still retract and pop-up for the next event.

One of the problems is that councils and businesses tend to be more reactive rather than proactive when it comes to risk management.

Federal MP Arthur Sinodinos said the Australian government has “put down the policy around crowded places”.

“We say to the owners and operators of crowded places is we will work all levels of government, police force and the like, help audit your facilities, determine through a security assessment tool where you have particular issues then work out a strategy to strengthen and fortify these issues. You can’t guarantee an end won’t happen but you can take measures to first of all deter, detect, then, where possible, ameliorate any consequences,” Sinodinos said.

“It may be as simple as putting bollards in certain places or putting CCTV cams in the right places.”

Another feature of heightened security against radicalism is already evident at Australian airports. Check-in times continue to lengthen as identity and baggage examinations become more thorough.

But improved technology may be able to mitigate that somewhat. An Airport Innovation Forum held in Brisbane recently heard biometrics such as facial recognition technology, were increasingly being used to help smooth the passage for travellers through terminals.

Group manager of border operations for the New Zealand Customs Service, Anne Marie Taggart, told delegates biometrics could help identify the “two percent of travellers” that were of interest to border control and streamline the experience for the remaining 98 percent.

“Right from the bridge all the way through the airport environment, biometrics can be checked,” Ms Taggart said. “It’s already being tested in Europe with some success.”

Silent terminals were another innovation set to become commonplace at airports, the conference heard.

Vehicle checks at airports are also likely to become more routine, in response to terrorist attacks like those in Brussels and Istanbul.

There is no doubt that intelligence is working in Australia to combat terrorist activity. In July, police revealed the country would have experienced 15 terror attacks if most plots in their advanced stages hadn’t been foiled. Among the alleged terror plots thwarted by police in the past two years were advanced plans to kidnap members of the public in Sydney and Brisbane then behead them on camera and release the footage; detonate bombs at a Mother’s Day running event; stab and shoot police and members of the public at Anzac Day ceremonies; and target government buildings including the Garden Island Navy base and Parramatta Court House.

Australia’s involvement in anti-terrorist struggles in Islamic states puts the country at high risk of retaliatory action. Australia could be directly threatened by its involvement in countering IS operations in the southern Philippines, Malcolm Turnbull has warned.

We cannot be complacent. Every event in the nation is at risk from a footy grand final to a small country fair.

If there has ever been a time for serious risk management, it is now.