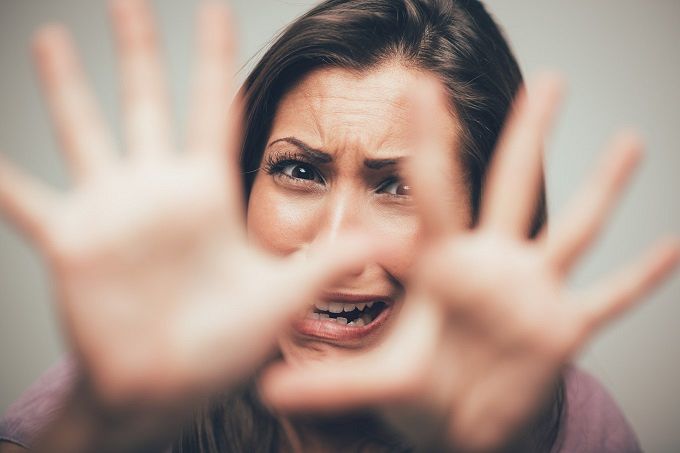 Do you scare easy? Check your cameras

Nobody wants their property morphing into the set of a horror film, least of all guests looking for a relaxing getaway.

Hotel room invasions are a very real threat and without a security system in place to (ideally) prevent intruders and then record entries and exits around the property, the police are left to try and resolve a crime with a transient victim and an unknown perp.

One widely publicised hotel room intrusion occurred back in October 2016 when Kim Kardashian West was held at gunpoint in her Parisian hotel room. Five men forced a concierge to let them up to the reality icon’s room, where they tied her up and stole jewellery and items worth more than $8.7 million.

Just weeks ago, the world watched in shock as details rushed out about the act of terror that took place in Las Vegas; a shooter killed 58 people and injured more than 500 from his hotel room on the 32nd floor of the Mandalay Bay Resort and Casino. Police found 23 guns in his room after the mass shooting, and many people questioned how he was able to transport so many guns to his room without being intercepted by hotel security.

A few months ago, our very own Graham Vercoe wrote a detailed special report in Resort News on safety precautions at the upcoming Commonwealth Games, asking the question, ‘is it enough?’. Terrorists, he explained, are turning to ‘soft targets’ that tend not to have the high level of security that’s expected at, say, an airport. This puts hotels, resorts, casinos and apartment buildings at a higher risk.

Specifically the larger properties in key cities. Having said that, the risk of a terrorist attack taking place at a midscale Aussie accom provider, or even in Australia at all is relatively low. As Gold Coast mayor Tom Tate told Graham: “Let’s be honest, Australia, we haven’t hurt anybody. We are a long way from them and I think [IS] are too busy to stir up in Europe and the like. I don’t think they will come over but we are prepared if they do.” More than $45 million has been budgeted for security at next year’s games.

Gambling on your security

If you have pokie machines or other gaming areas at your property, you definitely need to make sure you have CCTV in situ. Back in January, a man allegedly set fire to some machines after raining petrol down on them. The Beenleigh hotel gaming room saw 40 pokie machines go up in flames.

Without the proper safety measures in place, crimes like this are able to take place and criminals may evade police. Not only this, but if staff are aware that a crime is taking place it’s not guaranteed that they will be able to act right away. In the case of an arson attack, they may not be able to identify or remember the appearance of a suspect, or keep an eye on who’s walking through the lobby. CCTV cameras can record everything so that staff have a back-up and can be backed up by evidence if they do need to relay information in a police investigation.

CCTV along with access and remote control are all essential security measures in providing a safe accommodation environment. If you run a family-friendly establishment where young children are running around from lobby to pool to playground to hotel room, you need to make sure security has eyes and ears on the go at all times.

Access control is particularly useful for this as it allows you to secure areas of your property, like the pool area, or the ‘family floor’ if you like to group families together, etc. It minimises risk quite substantially. It also means you can restrict which members of staff can go where. Does anyone other than housekeeping really need guestroom access? The more people who have access to an area, the harder it is to pinpoint the guilty party if something happens or a crime takes place.

CCTV, the queen of security

There’s a reason cameras are the go-to move when boosting security: they are effective in so many different ways. Not only do they record activity for later use, but they also act as a deterrent. If a would-be criminal can spot CCTV dotted around your building, he/she will think thrice before breaking in or vandalising a wall.

Think about where you place these cameras: rooms next to fire escapes and back doors are more likely to be targeted by opportunist intruders so you should shortlist these locations for CCTV placement.

Now that Australia’s internet connection is improving, it’s possible to store data that much easier, which means you can keep your cameras switched on for longer, or at least have more control over the amount of recordings you keep and with what frequency.

A good industry supplier will be able to analyse your property and tell you where the weak points are; where you need CCTV; where you can afford to place deterrents versus where you need to plant your headline pieces of equipment.

There are many ways to deter forced entry; things like strike plates, reinforced doors, strong locks on doors and windows will do their bit in helping to dissuade intruders so it’s important to ask for suggestions and options when you talk to a security professional.

Remote access allows you to keep tabs on your property when you’re off-site. It also gives you a better vantage point to work in different areas of the building without dropping the ball on security.

It also prevents prying eyes from scanning your monitors to work out which cameras are switched on.

This Halloween season, make sure your guests have nothing to be scared of.