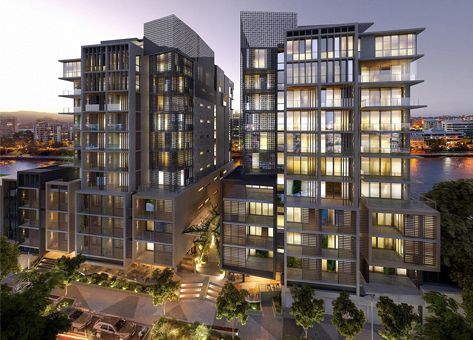 In the accommodation sector, leading analyst Dransfield Hotels and Resorts predicts Brisbane’s revenue per available room will drop 14 percent. Dransfield says Brisbane will continue to struggle over the next couple of years, posting negative growth before returning to modest growth levels.

The Brisbane tourism region continues to be challenged by supply additions outstripping demand growth and occupancy levels falling, according to Colliers’ latest hotel report with occupancy levels down 1.9 percent to 70.8 percent in the 2016 year. Room rates continue to come under pressure, falling by 6.6 percent over the period as the new hotels compete aggressively for customers.

Brisbane’s apartment market outlook is “ominous” thanks to reduced foreign investment and tightened lending, as Queensland builds almost double the number of apartments than in its previous market peak in the late 1990s, according to a new report by property firm Momentum Wealth. “The research report explains that as the pipeline of new apartment projects comes to market, it’s going to weigh on rental returns and capital growth for these types of assets, particularly in those areas with a high concentration of new stock,” Momentum Wealth managing director Damian Collins warns.

The report found there were “serious supply concerns” within the inner ring, notably in Brisbane CBD, South Brisbane, Newstead, Bowen Hills, West End and Kangaroo Point. Property listings were up 7.4 percent in a year. The median weekly rent fell from $430 to $400 and it was taking longer to sell properties.

However, despite the short-term issues, the research found the fundamentals of the Brisbane market remained strong — with rising employment and stable population growth — and demand from owner-occupiers was “robust”. Yields remain higher in Brisbane because the prices are so much lower than in Sydney, Melbourne and Perth and, with higher interest rates expected, it would provide a lower risk.

“There is a lot to like about Brisbane — it has a growing labour market, stable population and a history of consistent and sustainable growth,” the report said.

Hotspotting report author and managing director Terry Ryder said areas such as Brisbane ranked as the worst places to invest of anywhere in Australia and were unlikely to provide the capital growth that investors were looking for. In Brisbane, more than 9500 new multi-residential dwellings (townhouses, units, flats and apartments) were approved for construction over the two years to October 2016.

In forecasts released in the middle of last year, BIS Shrapnel says it expected apartment prices to fall by six percent over the next three years in Brisbane. Already, some property owners who bought off-the-plan in Brisbane in the past five years are reselling their properties at a loss, BIS Shrapnel senior manager residential Angie Zigomanis said.

Australia’s three biggest capital cities will all face falls in property prices as record levels of apartment building translate into an oversupply, economists claim. An overwhelming majority of 26 housing experts and economists surveyed by comparison website Finder believe there is an oversupply of apartments in Brisbane. About 70 percent of the panel thought Brisbane was facing an oversupply, and this has some experts anticipating apartment price drops in Brisbane of $70,000. AMP Capital chief economist Shane Oliver, who was on the panel, said there were clear signs of an oversupply in Brisbane where prices were already “coming off the boil”.

The RBA points out a lot of the apartment construction "is geographically concentrated, particularly in inner-city Brisbane". This raises the risk of an avalanche of new apartments hitting these markets, pushing down housing prices.

There is also a risk that developers might not be able to respond in time to signs of over-supply and waning house prices, "so a general oversupply is more likely to build up". The RBA warns that "if these risks materialise, there could be an increase in the proportion of newly completed apartments that fail to settle and a rise in the share of work yet to be commenced that is not undertaken".

"We are aware of 15 further new hotel developments proposed for Brisbane between late 2016 and 2018 (2760 rooms), and approximately 1100 additional rooms in 2021 within the Queens Wharf Development," according to Colliers’ latest hotel report. 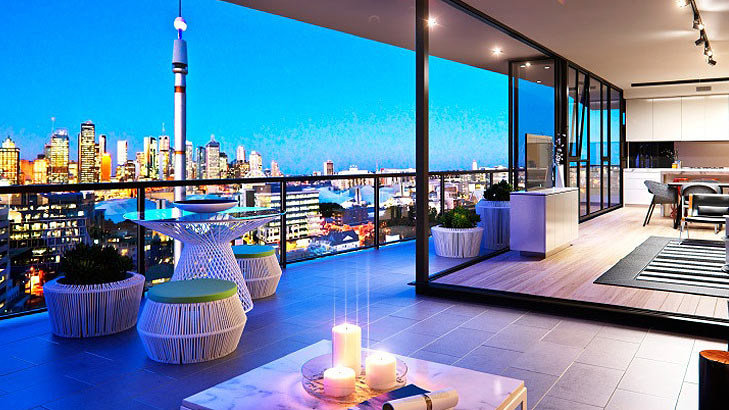 "Over the period from 2013 to 2018 the Brisbane market is forecast to have an addition to supply of over 6700 rooms, or an increase of over 50 percent. With new supply continuing to outstrip demand growth, we expect market occupancy levels to continue to come under pressure before bottoming out in 2018-2019. The vast majority of the new room stock is located in the Brisbane CBD and fringe, which is having a greater impact on specific localities," the report stated.

Despite all the gloom talk, development of hotels is continuing at a rapid rate. In 2016, openings included Art Series’ The Johnson, the 208-room Rydges Fortitude Valley in the Brisbane Showgrounds precinct, the 368-room Ibis Styles Elizabeth Street, the 162-room Oakwoods Apartments Brisbane, the 80-key Oaks Wooloongabba and  the 134-room Swiss-Belhotel.

Expected this year are Silverneedle Hospitality’s Sage Hotel James Street (93 suites), a second Art Series hotel as part of the Howard Smith Wharves Development and the Adina in George St.

With so much development in the pipeline, one wonders if the oversupply pundits might be right. But not all agree.

Mr Simpson said key investors from markets including Asia, USA, UK, and Europe were aggressively chasing new opportunities in Australia, while hotel owners were reluctant to sell into those markets despite record prices. He said the Brisbane market was now presenting itself as a sound counter-cyclical investment opportunity.

“Australia remains a safe-haven for international investment capital and the recent official figures from the ABS are sure to see strong demand for Australian hotels continue,’’ Mr Simpson said.

Queensland’s capital moved up one spot to place fourth out of 53 submitting cities in the Foreign Direct Investment Strategy category of the Global Cities of the Future report released every two years by fDi Intelligence, a division of London-based Financial Times.

This year, Brisbane also placed highly in the publication’s overall rankings of 131 cities worldwide, taking out 10th position for human capital and lifestyle; just one spot behind London.

“Placing fourth for foreign direct investment strategy demonstrates that Brisbane is successfully showing the world that our city is economically resilient, supports foreign investors across a range of industry sectors, and is backed by a robust and connected business and government environment,” Brisbane lord mayor Graham Quirk said.

“To be ranked within the top 10 globally for human capital and lifestyle is testament to the outstanding education, research, business, employment and lifestyle opportunities that continue to attract and retain talented and skilled people in our great city.”

There may well be a couple of lean years as hotel room and apartment surplus is absorbed but it is not all doom and gloom by any means.