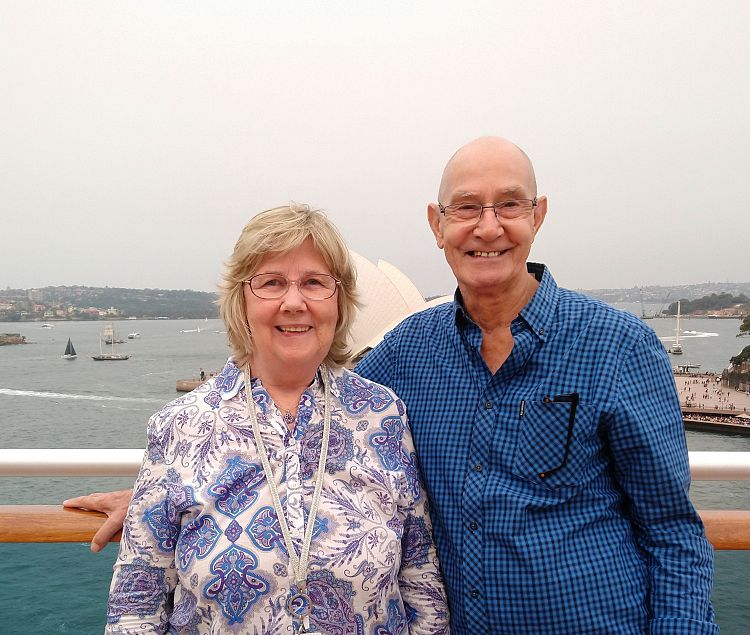 Calvin Bailey: A life of adventure and a Game of Chance

For our last 2020 issue, Resort News heads up to beautiful North Queensland to speak with one of our industry’s most personable professionals.

Just like our very own magazine, Calvin is also celebrating 25 years in management rights. “I love this industry,” he enthuses, describing the time he has dedicated to management rights as his “second life”. In fact, both of Calvin’s lives have endless adventure at the core but a game of chance when he was 50 led him to North Queensland, where he began an unexpected new chapter.

However, we will go back a few years to Calvin’s “first life” … A proud Kiwi, Calvin was born in Christchurch; a good student, he studied hard to become a civil engineer, and began his working life in the small town of Otematata in the Waitaki district of Canterbury on New Zealand's South Island.

In 2020, Otematata can no-longer be defined as a “town” and has shrunk to a population of less than 200. However, when Calvin was there in the swinging 60s the population boomed to 5000. Its residents were mostly Waitaki hydro project workers and Calvin was one of the talented engineers involved in the construction of the spectacular Benmore and Aviemore dams.

Coincidentally, I am calling Calvin from Multimedia’s New Zealand base in the quirky and quaint town of Oamaru located near the dams, and Calvin tells me that back in the 60s one of his sons was born in Oamaru hospital. At the time, this town still had prohibition (yes alcohol was banned there until the 60s) and he was not permitted even a celebratory beer!

“Those were the good old days,” Calvin teases.

When the hydro project ended in 1969, Calvin moved to Twizel with his first wife and their three sons; he worked on a canal scheme and thoroughly enjoyed the outdoor life of hunting, fishing, and rugged pursuits in his spare time.

His successful engineering career went from strength to strength, giving Calvin the opportunity to travel the world. For a time, he lived in Bougainville, an autonomous region of Papua New Guinea, though his stay was cut short by civil war. For another time, he worked in Saudi Arabia, employed by an international engineering company, but this too was cut short by the Gulf war!

Calvin then worked on various engineering projects across the UK and around the hot Saudi desert. He eventually returned to New Zealand in time to face the coldest winter Kiwis had experienced for many years. Quite a shock to the system after years of engineering in the sandy Middle East but around this time Calvin embarked on another grand adventure having met now-wife, Helen.  The two plotted a return to warmer weather with a move to the Sunshine State:

“In 1994 an offer of an engineering job took us to a coal mine in Mackay in North Queensland. The contract ended in 1995 but by then our hearts were firmly attached to Queensland and the only question we had was which way to go – North or South?

“We left this decision to chance; we flipped a coin and headed North! This began another chapter in our lives.”

Their journey ended when they reached the charming tropical town Port Douglas and discovered the “wonderful world of management rights”.

Here, Calvin and Helen bought their first management rights business - Coral Sea Villas - and were won over by the industry. Over the years, they bought and sold a number of management rights properties. Eventually, they came to Oasis at Palm Cove Resort, which they purchased off-the-plan and after time brought in a manager to run the day-to-day business. This gave Calvin the opportunity to expand into sales, working as a Broker with Property Pacific from 2003 to 2016. During these years, Calvin found joy being fully autonomous and discovered a natural talent for advising both developers and buyers of new off-the-plan resorts.

This talent, he credits to his civil engineering background:

“I was able to provide advice about resort construction and placement of facilities based on my unique knowledge of engineering and subsequent personal experience in management rights. For instance, prior to the construction of a resort I would advise a developer of the most beneficial room configurations, e.g. dual key, if a children’s playground was of benefit, whether to add a kiddies’s pool or add a car wash area.”

“I have sold many properties over the years, but I do not consider myself to be a salesperson. I have never tried to sell anything. No, I use my integrity and ability to advise people sensibly of their options.”

In 2017, Calvin Bailey Management Rights was born as Calvin teamed up with his wife Helen and new business partner Alex Barker-Ré. The team specialises in management rights sales across North Queensland. A few years ago, they also expanded the core business to include unit sales on behalf of managers.

“Our point of difference,” Calvin explains, “is that we guarantee to sell units to investors, which keeps the units in the letting pool and protects the integrity of the management rights business.”

Calvin and Helen have built a beautiful life and a stunning home together in Paradise Palms. Calvin is a very proud father to three adult sons, who are all very successful in their own careers, and he is also a very proud grandfather to his six adored granddaughters – who surely keep him on his toes!

“In my time off, I love to garden because it grounds and relaxes me,” he shares. “I also love to golf and have a passion for fishing.” Like most of us drawn into this industry, Calvin loves to travel as well.

He says: “A couple of years ago, I took a trip to Cape York and stayed at Roko Island for a five-day fishing adventure; another fishing trip was planned for this year with my sons, nephews, and Helen’s nephews, but due to COVID-19 it has been postponed - hopefully we can pull it off in 2022!

“Our final trip before the pandemic was a cruise of a lifetime! Helen and I travelled from Sydney to Milford Sound, it was a memorable experience that ended in January 2020 and we were so grateful to be able to fit this trip in before the world changed.”