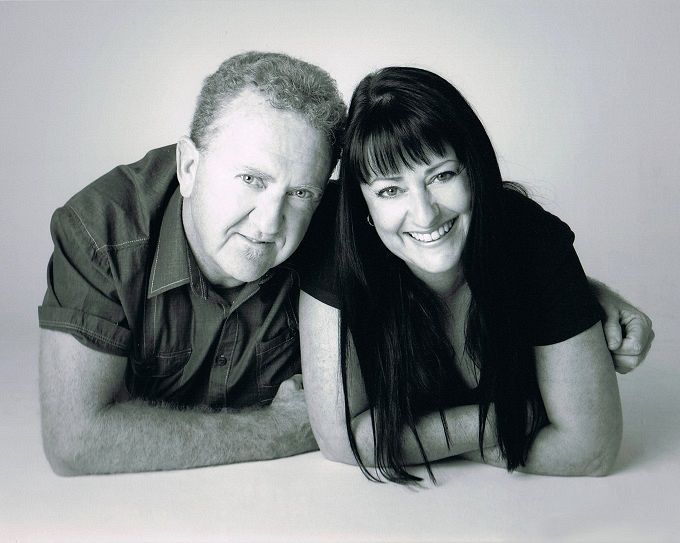 Working with your partner… the good, the bad and the ugly (mostly good)

My story starts on a cold, wet Melbourne night. While at a friend’s 21st birthday party, I was lucky enough to meet my now wife (Kerry) for the very first time...

... and here we are, some 30 years later, still loving life and all it has to offer. We got married around five years after we initially met and settled into suburban life in the leafy eastern suburbs of Melbourne, raising two beautiful daughters.

My father was a national sales manager for a large building supplies company wholesaling to hardware stores across the country. When I found myself floundering at school (I loved going to school… it was the studying I disliked) he suggested that I leave and get a job at a timber and hardware company, so I did and my love of dealing with people and selling was apparent from day one.

I rose through the ranks quite quickly and found myself working in senior sales management positions with some of the largest building supplies manufacturers in the nation.

These positions involved travelling and spending a lot of time away from home, which was a facet of the job I never enjoyed. It wasn’t always “PLAIN SAILING”, as I suffered some setbacks with redundancies and company take overs that honestly rocked me to the core, but the one constant was my wife and family. No matter what was happening, they never lost faith in me and their love and support was unwavering.

As happens to a lot of guys nearing their 40s, I wondered if there was more to life than the classic nine to five grind doing the same thing day-after-day. We had always holidayed on the North Coast of NSW and considered that piece of Australia to be like a second home. Then, one day, we were talking about the future and we both agreed that a change of scenery would be just what we needed, so we packed up and shifted from Melbourne to the glorious Mid North Coast of NSW.

We were never the type of family to take chances, but this move changed our perspective, as we embraced the sea change and new lifestyle. I continued to work in the building supplies industry, but an out of the blue opportunity came up to buy the management rights to a holiday resort. We had never heard of management rights, but we quickly learned that we could do this.

Kerry has always been a very successful business woman in her own right; she is driven, focussed, one of the hardest working people you’d ever meet, a loving mother and is always there when she’s needed, so with these attributes combined with my sales and people management background, we believed we could do it…. but the one and only concern we had was could we work side by side, full time as a successful team?

We bought the resort and soon realised that not only could we work together 24/7; we in fact formed a formidable team. Kerry and I found our own niches within the business and quickly drove it towards success. I wont sugar-coat the fact that there were many times that we disagreed or had differing opinions, but not always being on the same page isn’t a bad thing, all things being considered. We were commitment to working hard and improving the resort and when we were happy with what we achieved, we engaged MR Sales to list and sell our property…. which brings us to today.

The issue we now had is what do we do after selling the resort? We were approached by Jake and Lyn Clark, and their partner Michael Philpott of MR Sales to consider joining their team. We gave it a lot of consideration, but in the end, we knew that we worked exceptionally well together, and we were ready for a new challenge.

When the sale of the resort was completed, we moved to Queensland to become a husband and wife team selling management rights, as well as motel leases and freeholds for MR Sales and Tourism Brokers. We believe our skillset has given us the empathy and experience to see the benefits from both sides and add value through experience to transactions to build lasting relationships. We want to grow the industry as a team and share the benefits of how good the tourism sector is to be a part of.

So, after living in three states over eight years and working in businesses that we would never have previously considered, the moral of the story is: don’t be scared to have a crack at new things. To quote Henry Ford, "whether you think you can or you think you can’t, you’re right".

I found the best business partner you could ask for and she'd been right there next to me for the last 30 years!