Lying between its north and centre, Mackay is the underplayed card in Queensland tourism’s deck.

Visitor numbers remain small but their relationship to the region 1000km north of Brisbane is deepening.

Mackay has more than 55 large (over 15-room) accommodation operators. Accom Properties understand all licensed accommodation providers come in at double that figure, according to unpublished data.

The region is unusually dependent on local tourism (85 percent of all visitors to Mackay are from Queensland) and business tourists who are half of all stays.

That explains the yearly drop of about 10 percent in interstate tourism last year, which came with the decline of mining. But growth in Queensland visitors helped Mackay still attain record visitor numbers of about 878,000 in the year to March 2017, or seven percent annual growth.

Tourism authorities lament Mackay is under-visited. Only five percent of international visitors to QLD stop in Mackay, below 45,000 tourists.

And Mackay’s share of the Queensland tourist market remains relatively small at 2.5 percent or a total of $382 million.

That may suggest a recent big push to revitalise Mackay is working or those natural attractions are beginning to exert their pull. 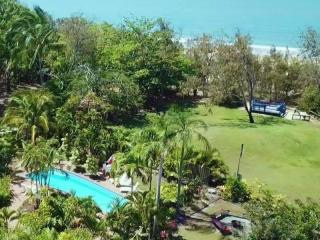 BLACKS BEACH
Looking For A Lifestyle Business With...

Suburbs in the Mackay region