This area is made up of 14 local government areas and is a force of nature within the Australian economy, pumping out over $95 billion each year in Gross Regional Product. In fact, Greater Western Sydney boasts the third largest economy in the country, following the Sydney CBD and Melbourne. Despite being comprised of 14 different local government areas, the region is represented by a single member, the minister for Western Sydney, who is currently Stuart Ayres. The local authorities also split the region into three sub-regions: West Central and North West, West, and South West.

The combined population of 1.5 million people is largely made up of vocational workers with predominant employment in heavy industries. Home to such landmarks as Sydney Olympic Park, which was developed for the Sydney 2000 Olympics but had since hosted the NRL Grand Final, the Sydney 500 and others, as well as the Western Sydney Parklands.

Parramatta is a suburb located 23km west of the Sydney CBD that has more recently become somewhat of a tourist hotspot. Perhaps not surprising given its reputation as the home of Australia’s ninth largest shopping centre, Parramatta is the economic capital of Greater Western Sydney. It is also one of the oldest European inland settlement, ‘discovered’ by the British in 1788, so it has a vast historical significance as well as commercial appeal.

Where Parramatta’s Meriton apartment block now stands, on the corner of George St and Charles St, ancient Aboriginal artefacts were discovered during an archaeological dig led by Jo McDonald in 2007 that date back more than 30,700 years. The findings highlight the area’s routine use over 300 centuries as a camping site for Indigenous people. 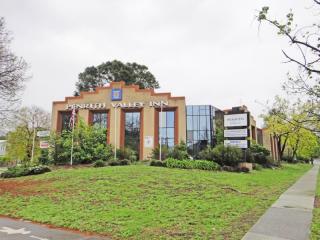