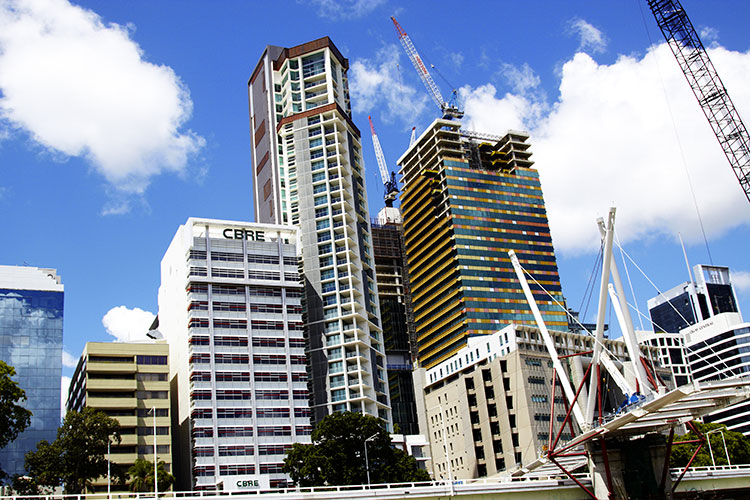 The 40 percent market crash predicted by 60 Minutes (those credible property experts) hasn’t quite come to pass.

The reality, in fact, is that a solidly performing Brisbane property market has beaten the predictions of doom and gloom against a backdrop of cooling southern markets and falling listings volumes, and instead demonstrated admirable resilience buoyed by steady population growth and underpinned by good economic fundamentals.

“Queensland’s economy is proving itself to be a good performer, said Smiljan Jankovic, director of Archer Gowland Chartered Accountants.

“While other markets around the country have faltered in the face of tightened lending criteria and cautious investor appetite, the southeast corner of Queensland continues to deliver steady, sustainable growth. As a result, the city is becoming more attractive to investors, who feel they can capitalise on current conditions for the future.

“This also applies for those who are migrating from the southern states of Australia who are looking to settle here. Brisbane’s lifestyle, new job opportunities, climate and affordability are all attractive options to these individuals and families,” he said.

According to CoreLogic, the value gap between the east coast capital city house prices is compelling – it is the largest it has ever been between Brisbane and Melbourne, and the largest in 15 years with Sydney.

The word on the street is that Brisbane property is finally going to have its turn in the sun, with reasonable growth likely for well-located, houses, and townhouses and apartments in well run complexes.

Looking ahead, economic forecaster BIS Oxford Economics says Brisbane will lead the capitals, with the value of Brisbane properties forecast to surge as much as much as 20 percent over the next three years.

Is the Brisbane property market a good place to invest?

Like most things in real estate the answer is – it depends.

With improving economic growth and jobs creation supported by the biggest infrastructure spend since the 2011 flood recovery, more and more investors are now looking for opportunities in Brisbane where properties are more affordable, rental yields are relatively higher and future prospects for the market look bright.

Significant infrastructure developments, such as Queen’s Wharf (aka the new casino), Howard Smith Wharves, TradeCoast, the Cross River Rail, the second airport runway, the Brisbane Metro and the Adani coal mine are also expected to set a solid foundation for the property market for the next decade.

In the meantime, a healthy level of affordability at a time of increased interstate migration from Sydney and Melbourne, and the return of local and interstate investors seeking strong rental yields plus capital growth should help make 2020 a good year.

“After a significant slowdown and downturn in sales and prices throughout 2018/19, there is more activity now with prices seeming to have stabilised and sales increasing off very low levels,” said John Mahoney, partner at Mahoneys.

“The Brisbane apartment market in particular has been the focus of much negative attention due to excessive supply levels, however, the dramatic fall in apartment completions following the period of oversupply means that the stock excess has slowly been absorbed.

“In fact, the slumping numbers of new apartments under construction could force an undersupply by 2022,” he said.

Charles Nurse, director of Stratacorp agrees: “The demand-supply imbalance is largely due to population growth and anaemic construction activity.

“If one looks at the demand side of the equation. Brisbane’s population is growing faster than the 10-year average, at about 23,000 new residents per year. It is estimated, based on the last decade, that there is a need to build 6,000 new dwellings each year across inner Brisbane. Nearly all of these new dwellings will be apartments.

“With only 2100 apartments being built and 1800 apartments currently being marketed, together with an increased rate of population growth, vacancy rates are likely to tighten over the next couple of years and this will drive strong rental growth, improved yields and a pick up in apartment prices,” he said.

These forecasts all bode well for the management rights sector. Apart from the general decrease in property development having an impact on ‘off-the-plan’ sales, the growing demand has also brought the vacancy rate down to a low 1.8 percent, perfect for investors hoping to find tenants easily.

Families and down sizers from the southern cities are still moving to South East Queensland to cash-in on a lifestyle in the sun, and this has made Queensland Australia’s number one destination for internal migration.

“It’s great to see a steady recovery from historical lows,” said Darren Brent, managing director of Property Bridge. “We have seen a definitive increase in buyer activity in both short-term and permanent business models, and we see this trend continuing.

“Since APRA changed the borrowing guidelines and interest rates have come down, we’ve seen a massive change in the number of sales of properties. A lot of renters are now in a position where they can afford to buy rather than rent.”

Smiljan Jankovic concurs: “The market is currently more competitive than ever before.  Sales have picked up during the post-election period – and unsurprisingly we are seeing sales of permanent complexes being viewed as more attractive when compared to short-term lets. 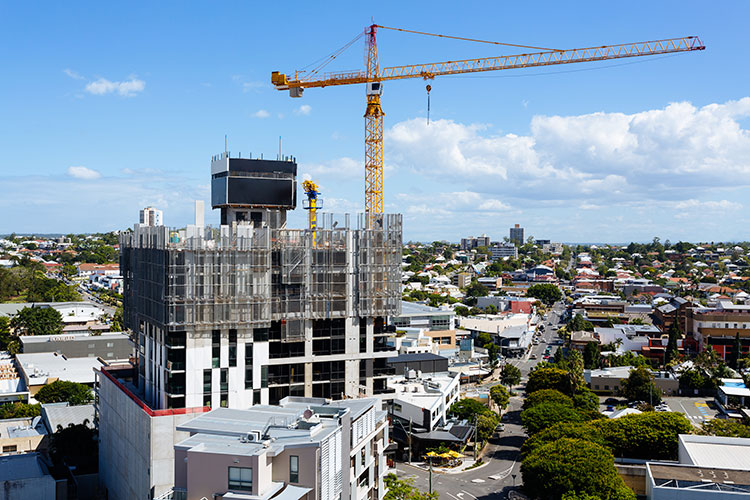 “Besides new entrants in the industry, the small and medium management rights are attracting existing management rights operators that are looking to increase their existing portfolio. There is also a big demand for the middle market, but not a lot of stock available.

“What we are seeing more of, is a high demand for large management right businesses, with net profit over $400k, which is attractive to syndicates and experienced managers who are looking to scale up,” he said.
So where are the buyers coming from?

“While the vast majority of buyers of Brisbane management rights are still of Chinese origin,” said John Mahoney, “it’s not as prevalent as it was. This may be a reflection that the assignment process and compliance requirements are impeding entry, or it could be a reaction to the financial restrictions felt last year.

Not that there is any significant concern being felt by brokers. A new study has suggested that of the 1.2 million Chinese tourists visiting Australia every year, as many as a quarter could be looking to buy a property here, and after Melbourne Brisbane is the favourite destination. 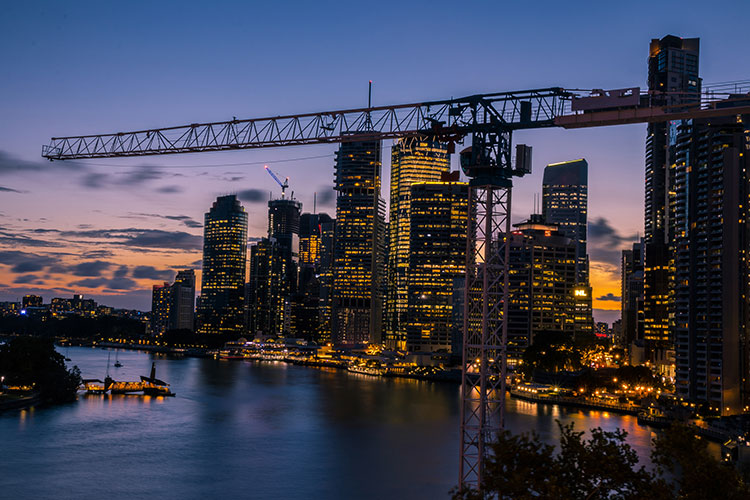 “Other factors that could significantly boost Chinese demand are the reduction of foreign buyer taxes in the various Australian states and the return of the Australian home market to positive price growth.”
There’s another big reason that Chinese buyers are here — Australian property is looking relatively cheap.

“Overall there are many positive factors underpinning the property market: strong population growth and net migration up 27.3 percent year-on-year; low unemployment and good employment growth with ABS reporting trend employment increased by 303,100 persons (or 2.5 percent), which was above the average annual growth rate over the past 20 years; and inflation is under control at the lower end of the RBA’s target band of 2-3 percent,” added John Mahoney.

Brisbane is also one of the world’s great cities. Liveability, affordability, scale and future economic prospects all suggest that Brisbane is a market where you can confidently buy.

So if you have an eye on a home or investment property in 2020 which are the suburbs to watch?

There are no surprises here. Darren Brent said the best places to invest in are the areas close to CBD. In terms of property type, apartments and townhouse developments are the way to go. 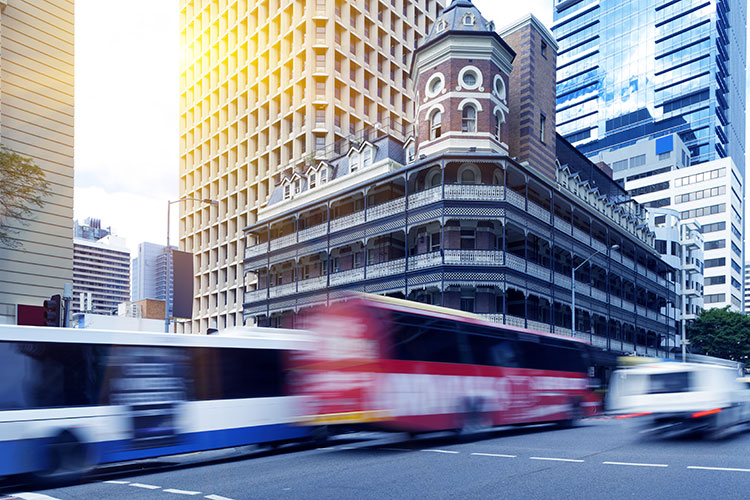 The five suburbs, that tick all the right boxes in terms of location and growth prospects however, include Kurwongbah, Mount Gravatt, Highgate Hill, Chermside and Logan Reserve.

"The basics indicate that buying a property within reasonable proximity of the city as best you can afford will be the surest approach this year. The flex points are that you can travel further out but be nearby to public transport options, major services, and employment centres," said Darren Brent.

By all accounts, Brisbane's property market and economy are showing signs of improvement from a period of lull over the past decade; There are however, (as there always are) a few factors that could dampen a full-blown property boom, including the uncertainty surrounding the current financial landscape.

Markets are currently in flux and there is a significant toll being borne by the tourism, education and financial sectors as a result of recent run of natural disasters. A lot of Chinese investment enters the market as a result of tourism and the highly-regarded tertiary education system, with students travelling to Australia to study. With recent travel bans in place, the number of students travelling to Australia to study have been decimated – therefore impacting student accommodation, and residential accommodation.

The way it looks, the impact of the virus on Chinese interests in Australian property will be both good and bad. Foreign Investment Review Board (FIRB) reported that foreign investment plunged by 58 percent year-on-year from $30 billion to $13 billion in the 2017/18 fiscal year – the lowest level in nearly a decade. This will be compounded by the uncertainty around the virus, so in the short term, we may see an initial drop in demand.

The current travel ban has limited many Chinese nationals to enter Australia, especially the international students with many either buying for the short term or buying when they continue living in Australia after graduation. Also, if China continues to restrict the flow of funds out of their country to protect their own economy, it limits the ability of Chinese investors to buy property in Australia.

On the other hand, in the long term, many more Chinese may want to migrate overseas, as the virus has made them feel vulnerable in China. If so, we will see a resurgence of strong demand from Chinese foreign buyers in the near future. But a lot is dependent on how the Chinese Government limits the flow of funds to overseas if the economy is doing poorly and also if any easing of Australia’s policy towards foreigner buyers.

Unfortunately, no one has a crystal ball to be able to accurately predict the future. We can’t be sure how the coronavirus health crisis will pan out globally. We also can’t be exactly sure how it will affect the Australian economy or our property market until we see an end to the crisis.

Despite the immediate insecurity, John Mahoney said that he anticipates "sustained gains" and for the market to stay strong throughout 2020.